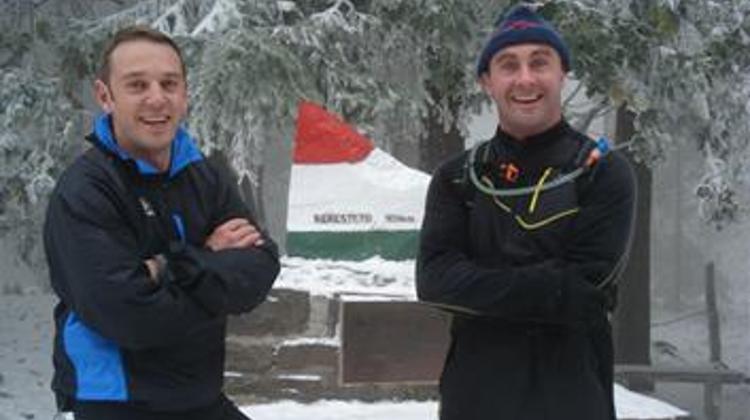 Telco Vodafone Hungary has become the biggest single sponsor of the Marathon Effort For SOTE II (a fund-raising exercise which will see two local expats run almost six marathons in six days across the Sahara desert), with a massive donation of €18,000 (HUF4.8 million). This week also saw official notice of what amounts to Royal interest in, if not actual patronage of, the appeal and the charitable foundation backing it.

The Duchess of Cornwall, wife of the heir to the British throne, is accompanying Prince Charles on his official visit to Hungary later this month. While in Budapest, she will visit the 2nd Department of Paediatrics of Semmelweis University in Budapest's District IX and meet staff and patients.

There she will meet representatives of the Robert Burns International Foundation, which has supported the hospital for the last 13 years providing equipment, fixtures and other essential items to improve child care. She will be shown round the Rheumatology, & Immunology, Oncology & Day Care departments of the hospital, which provides care for more than 100,000 child patients every year. She will then unveil a plaque given by the RBIF to mark the 125th anniversary of the founding of the hospital.

The Duchess will also meet representatives from Vodafone Hungary, who will brief her about the company’s initiative to provide an annual award to recognise outstanding efforts in Corporate and Social Responsibility. The inaugural donation is going to the RBIF and the Marathon Effort For SOTE II.

The campaign aims to raise an initial target of €50,000 to construct mother and child distance trauma units to assist recovery of critically ill child patients coming from the borders of Hungary. To do so, Harry Harron, from Ireland, and Briton Simon Saunders will take part in what is known as the toughest foot race on earth: the Marathon des Sables (MdS). The two men are the only Hungary-based entrants from an international field of 750, and the first for five years.

Thanks largely to the generosity of companies like Vodafone Hungary and TESCO, which has made a €5,000 (HUF1.3 million) donation, more than half the appeal target has already been raised or pledged.

Medical sponsorship has come from FirstMed Centers Kft, who are providing ECGs and €375 (HUF100,000), and Budapest Bank is putting up HUF200,000. The first sponsor on board was PURE Wellness, City Home & Lifestyle Centre in Ó utca, which has been offering the two athletes free use of its facilities during their training programme.

Other sponsorship has come from Amadeus Magyarország Kft (which bills itself as the leading provider of IT solutions to your tourism and travel industry), bottled water company Visegrádi, hotel group Le Meridien and sports goods and equipment store Decathlon Hungary.

“We are extremely grateful for the sponsorship we have received so far,” said appeal chairman Patrick McMenamin, who runs Scottish pub the Caledonia Budapest on Mozsár utca. “And, of course, we look forward to hearing from many more sponsors to help us reach the second half of our target.”

And McMenamin is leading by example. Throughout March, HUF20 from the price of every large glass of Dreher sold at the Caledonia will be donated to the appeal.

“Naturally, we still want to encourage people to drink responsibly, but if you normally drink something else, we would hope you might switch to Dreher to help raise funds for this month,” said McMenamin. He is hoping other bars in the city will follow suit.

Harron and Saunders can be contacted via their blog, and there is also a facebook group with 355 members. Payment of personal sponsorship money can be arranged through the blog or group, or through PayPal.

Should you wish to discuss corporate sponsorship possibilities personally, Saunders can be reached via email, mobile phone (+36/30 526-3177) or Skype (simonteammypt). McMenamin can be contacted via email

Words by Robin Marshall, MBE
Devil's Advocate Communications
The devil is in the details...