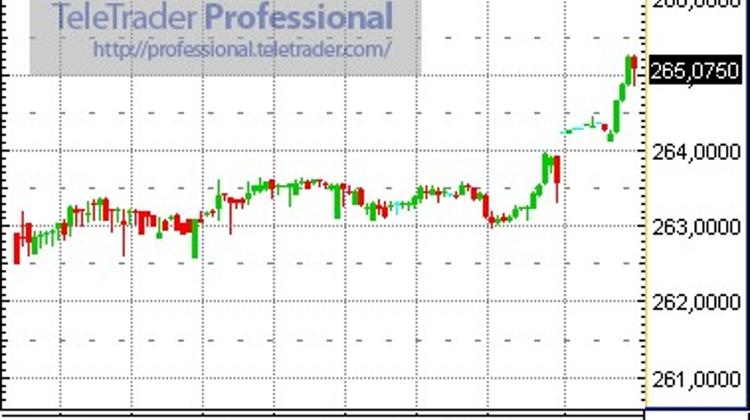 "Goldman Sachs being charged with fraud by the Securities and Exchange Commission (SEC) has ruined the appetite for markets on Friday, and the volcanic ash from Iceland keeps choking European markets. The airspace closure is seen putting Europe’s fragile recovery in danger, according to the most recent press reports. Hungary’s forint eased to above 265 against the euro again.

Last Friday, the SEC charged Goldman Sachs and one of its Vice Presidents for "defrauding investors by misstating and omitting key facts about a financial product tied to subprime mortgages as the U.S. housing market was beginning to falter."

The SEC's suit against Goldman is the agency's biggest assault on a Wall Street firm in a matter stemming from the credit crisis.

The HUF kicked off trading this week on a wrong footing. While it reached a one-month record high last week, external conditions brought clouds over the FX market. The forint is currently quoted at around 265.03 to the euro and 197 versus the US dollar.

Europe has been practically a no-fly zone for five days and it remains an open issue how long the plume from the eruption of an Icelandic volcano can leave air traffic paralysed. Budapest’s Ferihegy Airport is to be back in business at noon today, but it’s no use for those who want to fly home where the airspace remains closed.