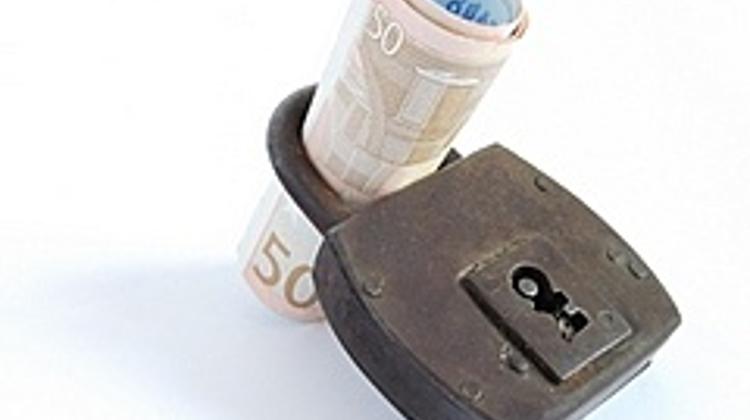 "The global financial crisis has caused a further setback to euro adoption timetables in most EU member states in central and eastern Europe (CEE), owing to a marked widening of budget deficits and higher sovereign bond spreads, Fitch Ratings has said in a new report on Thursday. The exception, in the rating agency’s view, is Estonia, which Fitch expects to join the euro area in January 2011.

Fitch's latest forecast dates for euro adoption are: 2011 for Estonia; 2014 for Lithuania; 2015 for Bulgaria, Hungary, Latvia, Poland and Romania; and 2016 for the Czech Republic. However, the risks are skewed towards longer delays.

"Deep recessions have caused the average budget deficit in the eight countries to widen to 6.1% of GDP in 2009 from just 1.1% in 2007, and many countries face a challenging and lengthy period of fiscal retrenchment to correct "excessive deficits" to below the 3% reference rate," said Ed Parker, Head of Emerging Europe in Fitch's Sovereigns team.

"The crisis has also made it more difficult for CEE countries to meet the Maastricht criterion on long-term interest rates, owing to a rise in global risk premiums and the heightened focus on sovereign risk," Parker added.

"In contrast, the recession and correction of prior overheating have helped to reduce inflation in CEE. However, the inflation criterion is intrinsically harshly specified and will be difficult to meet when the economic cycle picks up, particularly for relatively poor countries and those with fixed exchange rate regimes," Fitch said.

Bulgaria, the Czech Republic, Hungary, Poland and Romania have yet to join the Exchange Rate Mechanism (ERM II). The minimum two-year membership requirement and the assessment period (spring, for euro adoption the following January) "rules out European Economic and Monetary Union (EMU) for these countries until at least 2014."

A key question is whether the crisis in Greece will make the EU authorities stricter in their interpretation of the criteria so as to guard against a country's "premature" entry, Fitch noted.

"The forthcoming assessment of Estonia's application will be an important test case of the EU authorities' willingness to expand the euro area post-Greek crisis. If it were rejected, despite meeting all the reference rates, that would create a damaging precedent and negative signal for CEE as a whole," said Parker.

Overall, Fitch currently believes that euro membership would be a "net benefit to CEE sovereign creditworthiness in the medium term, as it would shelter members from external monetary shocks and the risk of self-fulfilling currency crises, reduce foreign-currency-related credit risks in domestic banking systems and give countries' banks access to ECB liquidity facilities."

However, the crisis in Greece has "underscored the importance of sound public finances and economic flexibility in the euro area."

Who would benefit the most?

Relative to current ratings and risk profiles outside the euro, the greatest gainers would be countries "with strong public finances and economic flexibility; as well as large banking sector with FX exposures and weak external finances in the context of current fixed exchange rate regimes, which weigh heavily on current ratings," the ratings agency said.

Fitch assesses that Estonia would gain the most from EMU, followed by Bulgaria, Lithuania and Latvia. Poland and the Czech Republic would also likely be net gainers, but less so than in other countries, partly reflecting their current credible floating exchange rate regimes."