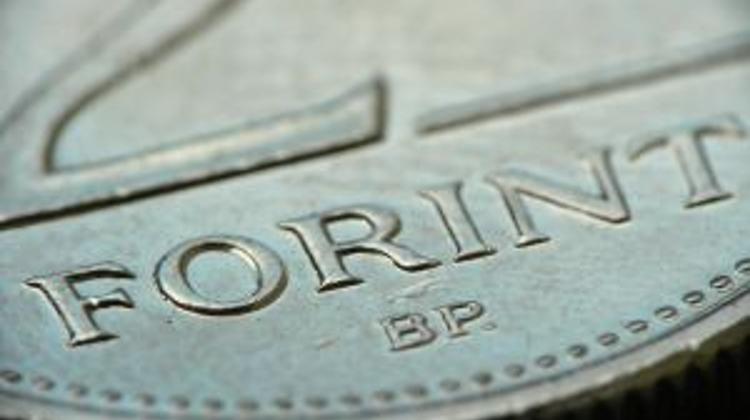 "In tandem with the rally on global stock markets Hungary’s forint has firmed sharply on Monday morning and gained 2% versus the euro in a matter of hours. The spectacular improvement in global investor sentiment comes after an unprecedented decision by the European Union to support the embattled euro and the eurozone’s weakest nations struggling with debt with a massive bailout package of EUR 750 billion.

The forint’s loss of momentum proved only temporary, as the HUF has continued to gain versus the euro, going south of 273. The HUF has appreciated by seven notches today, which corresponds to a 2.5% strengthening.

EUR/HUF has ventured to below 274 in the morning, while the HUF was quoted at around 280 late on Friday. The Hungarian currency gained 2% against the single European currency on the back of bettering mood on global capital markets.

The improvement in sentiment and the appreciation of emerging currencies is attributable to the following:

- The EU has announced on Monday that EU finance ministers reached agreement overnight on a support plan for nations facing financial meltdown. It will consist of up to EUR 440 bn in loans from eurozone governments and EUR 60 bn from an EU emergency fund, in addition to EUR 250 bn from the International Monetary Fund (IMF).

- The European Central Bank (ECB) announced it would intervene in government bodn markets and purchase bonds. The trigger of the decision was a letter by The European Primary Dealers’ Association to the European Commission requesting it to officially call on the ECB to intervene on the FI markets of the eurozone.

Heightened risk aversion was reflected in a substantial fall in German bond yields in the second half of last week, as investors were turning to less risky assets, such as German and US government bonds. These markets also seem to be more at ease today, with the yield of the benchmark 10-year bund yield up at 2.978% from 2.798%.

In view of the current exceptional circumstances prevailing in the market, the Governing Council of the ECB decided:

1. To conduct interventions in the euro area public and private debt securities markets (Securities Markets Programme) to ensure depth and liquidity in those market segments which are dysfunctional. The objective of this programme is to address the malfunctioning of securities markets and restore an appropriate monetary policy transmission mechanism.

The scope of the interventions will be determined by the Governing Council. In making this decision we have taken note of the statement of the euro area governments that they "will take all measures needed to meet [their] fiscal targets this year and the years ahead in line with excessive deficit procedures" and of the precise additional commitments taken by some euro area governments to accelerate fiscal consolidation and ensure the sustainability of their public finances. In order to sterilise the impact of the above interventions, specific operations will be conducted to re-absorb the liquidity injected through the Securities Markets Programme. This will ensure that the monetary policy stance will not be affected.

2. To adopt a fixed-rate tender procedure with full allotment in the regular 3-month longer-term refinancing operations (LTROs) to be allotted on 26 May and on 30 June 2010.

3. To conduct a 6-month LTRO with full allotment on 12 May 2010, at a rate which will be fixed at the average minimum bid rate of the main refinancing operations (MROs) over the life of this operation.