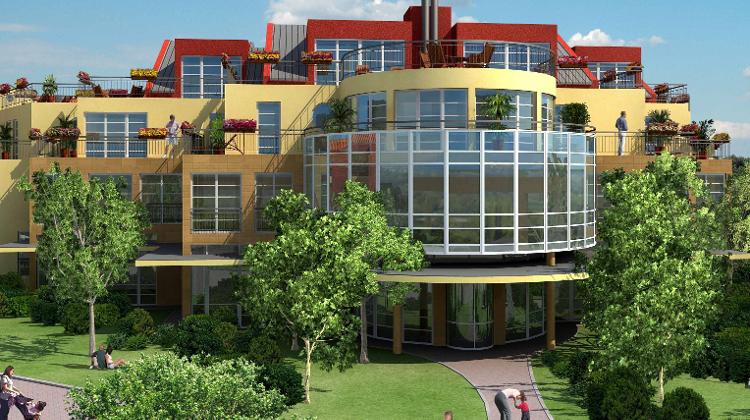 "Air conditioning as we know is not suitable for residential parks in the 21st century – says Budapest green-belt developer, Elephant Holding – as coolers currently used are expensive to run, polluting and often cause unpleasant physical symptoms. Today’s developers need to look for a better solution and offer alternative ways of cooling!

For many the instant relief from scourging summer heat are worth all the disadvantages of so called split air conditioning sets used in most buildings today. Even though they are relatively cheap to buy and can be installed almost in every apartment, boosted electricity bills, the noise and the heat caused by the outdoor module as well as its intrusive appearance on the wall of the house make it a solution less than ideal. On top of it, cool air ventilated into the apartment can cause allergy, cold and in a few cases even arthritis.

Consequently - as Elephant Holding points out – today’s developers need to look for a better solution to challenges in the summer and offer alternative ways of cooling!

The company is putting its radiant wall heating and cooling system to test in its upcoming 15th district project, named Palota Liget (pictured). The eco-friendly solution –based on geothermal technology - keeps walls and ceilings at a steady temperature resulting in a cool atmosphere without strong ventilation. Costs can also be kept at minimum as the system needs electricity only to operate the heat transmitter pumps of the building.

Apart from innovative technology experts at Elephant Holding emphasize the importance of choosing the right apartment as well as proper shading.

When choosing a place one should focus on apartments that have windows on both sides of a building that will help create through draft in the cooler ours of the day. Sleep will be most refreshing in North, North–East facing bedrooms. If possible look for apartments with built shading such as overarching balconies or wider eaves that protect walls and windows from direct sunlight. In lack of such built features a rolling sunroof or an external shutter can be applied. Make sure to use shading that get in the way of sunrays outside of window panes – says the developer."