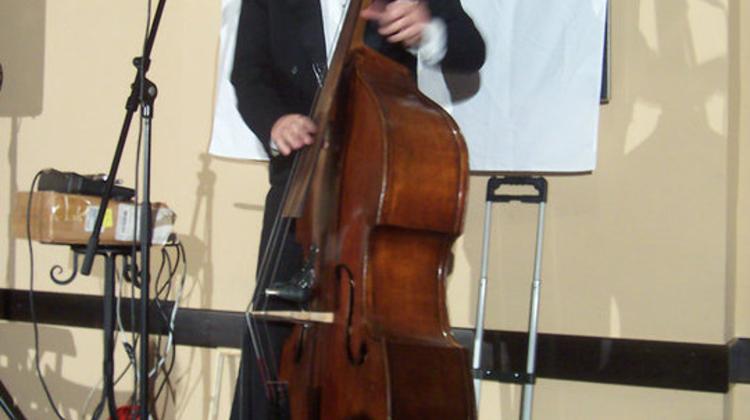 "BBB brought yet another huge stand-up comedy name to the stage this Tuesday night. The show was ably MC-ed by English comedian Dave Thompson who has himself headlined several times in Budapest. Dave did a good job warming up the crowd for headliner Jim Tavaré. I have found opening act Miklos Galla (famous in Hungary for translating Monty Python's Flying Circus into Hungarian) decidedly unfunny in the past, but this time he finally identified the formula for what English-speaking audiences find amusing.

Jim was very funny - right up there with Paul Zenon and Paul Foot. My friend John proclaimed his performance to be the "Best comedian yet!" among those who had come to Budapest. I had a great time, and the gag playing a harmonica with a vaccuum cleaner was superb.

According to Baby Blue Banana, "Many will also know Jim Tavare for his acting, particularly his appearances in the Harry Potter movies, but it is live on stage in stand-up that he truly excels. His many British TV credits include the British Academy Award Winning "Sketch Show", three appearances on the Royal Variety Show and his self-titled series on Channel 5, which was co-written by Ricky Gervais.

Next up is Stephen Grant in October.