In Comparison To December, On A Monthly Basis, Industrial Output Rose In Hungary 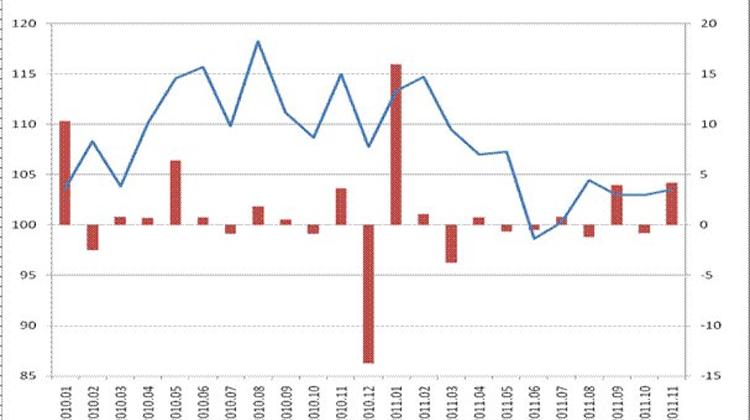 "According to seasonally and workday-adjusted monthly data, industrial output rose by 2.1 percent in January 2012, whereas on a year-on-year basis production slightly decreased by 0.5 percent.

Out of economic sectors, industrial production in the most significant field of processing industry has practically stagnated on an annualized basis. Energy industry output fell by 7.4 percent, while mining – a relatively less prominent sector – expanded by 20.8 percent in January 2012.

Within the processing industry, industrial production rose in eight sub-sectors, from which the output of food, beverages and tobacco products, a significant factor, achieved a dynamic increase of 13.2 percent.

The production of machinery and machinery equipment, a sector of medium weight, could also deliver a favourable achievement (16.5 percent), similarly to the output of rubber, plastics and non-metallic mineral products (14.1 percent).

The most significant sector of automotive production, however, moderated by 1.1 percent, and the output of computers, electronic and optic products declined by 17.8 percent, which is due basically to sluggish export demand.

As far as sales are concerned, on an annualized basis industrial exports rose by 0.8 percent in the first month of 2012, within which the key factors were the 4.3 percent expansion of the prominent automotive industry and the 15.9 percent contraction of the export of computers, electric and optic products. Domestic sales were 1.2 percent lower in January 2012 compared to the corresponding period a year before.

According to the latest industrial data, it is obvious that the slowing global economy has been severely influencing the leading sectors of the Hungarian economy. On the other hand, the consolidation under way in Western European markets and the 14.5 percent rise in overall industrial orders compared to January of last year signal improving future prospects.