Paralympic Celebration With The British Ambassador At Hungaroring 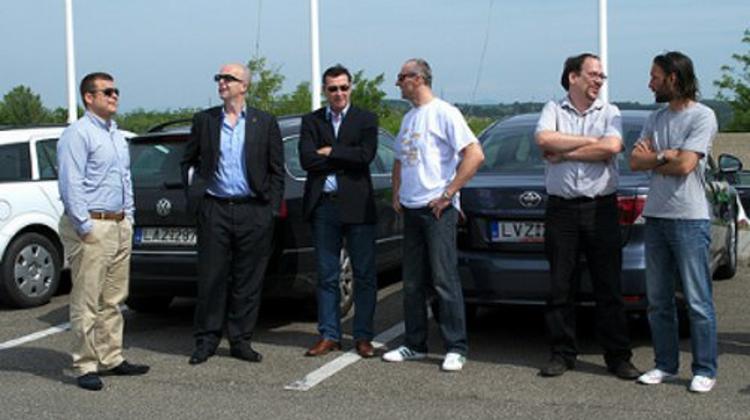 To mark the 100 days to go to the London Paralympic Games, on 21 May Hungaroring Sport Zrt. and the Hungarian Paralympic Committee organised a special event to which British Ambassador Jonathan Knott was also invited.

After the short welcome speeches Ambassador Knott and the para-athletes drove through the tracks of the recently opened Off-Road Centre. They then practiced their technical driving skills on the special technical tracks in their own cars and in vehicles of the Driving Centre and also had a chance to drive a lap on the Hungaroring Formula 1 circuit. First the Ambassador was taken around the circuit by multiple Hungarian touring car champion Norbert Kiss in a Lotus Safety Car, then he received the unique opportunity to drive the Lotus race car on the Formula 1 circuit.

After driving the Lotus car the Ambassador had another memorable experience when the face of Groupama Garancia Technical Driving Centre Nikolett Kovács took him around the circuit on her speed motorcycle.

At the end of the event Hungaroring Sport Zrt. invited the para-athletes to come back for another sport event at the Hungaroring after the London Paralympic Games.