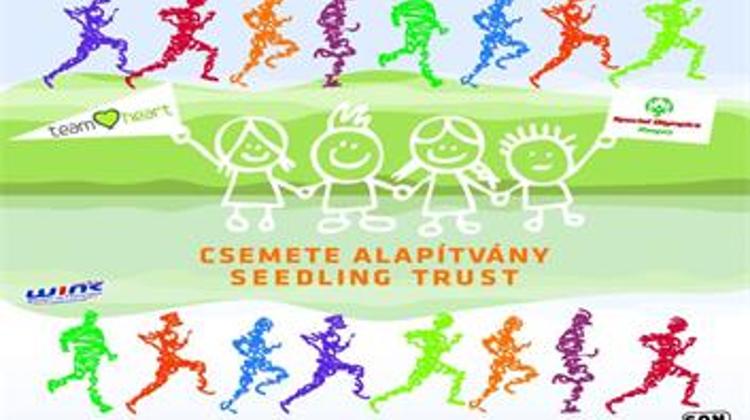 We knew it was going to be a great day, but it surpassed everybody's expectations. We had a great team of eight running the Wink Half-Marathon in Seedling Trust colors and a total of 20 kids and minders from the Care Homes, and they joined us on the course for the first and last 50 meters of the run. The weather was perfect and everybody was in a great mood as we started the race with the nearly 150 other participants.

The kids were thrilled at being able to be a part of such a great event, along with the 100 athletes from Hungarian Special Olympics. On this particular event we were not there to fundraise -- we were there to share a great event with the Seedlings.

After the race the group had a nice stroll along the shores of Balaton, followed by ice cream -- during which a woman none of us had ever met before decided to perform the completely random act of kindness of paying for the entire group's ice cream cones.

The ice cream vendor decided her generosity was contagious, and gave her a generous discount. Later that afternoon the kids had the additional thrill of getting their own race medals, thanks to the event's organizers. None of these might seem like earth shattering events, but it all added up to something.

In other words, it was the kind of day that restores a person's faith in society.

About the marathon on Xpatloop.com