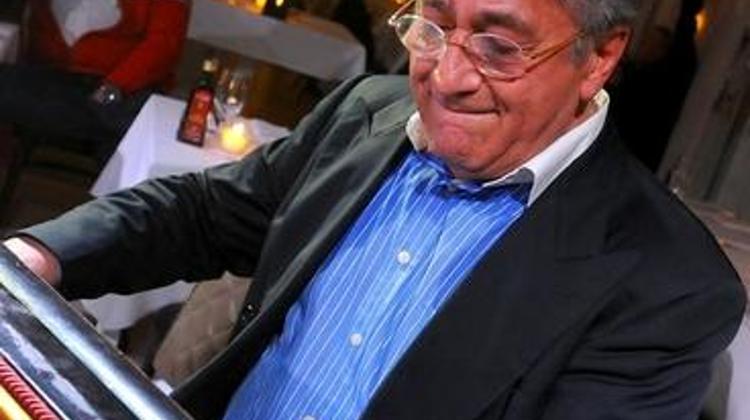 It is rare to find an international heavyweight jazz ensemble in which a Hungarian artist is the leader. And yet the Gusztáv Csík Trio is just such a group and it is no exaggeration to describe its leader as a living legend. Csík began his career at the Dália Jazz Club with Aladár Pege, his unparalleled style influenced as much by Duke Ellington as by Bill Evans and Oscar Peterson. His outstanding talents earned him the opportunity to play alongside Eddie Lockjaw Davis, Kenny Clarke, Dizzy Gillespie and Tony Scott, who named him “the best European jazz pianist today”.

Double bassist Reggie Johnson seems to have agreed with this assessment when he signed on as a founding member of Csík’s own trio. Johnson himself was a member of Art Blakey’s Jazz Messengers and a regular bassist for five years with Kenny Burrell, before going on to play with almost everyone who matters in jazz, from Bobby Hutcherson to Keith Jarrett, Sonny Rollins, Sarah Vaughan and Clark Terry. In the 1980s, he settled in Switzerland, as did his Hungarian colleague, and so the meeting of the two musicians came about.

The same destination awaited Alvin Queen, who started work as a teenager with Horace Silver. Not long after, he signed up as George Benson’s drummer, and has also played alongside Stanley Turrentine. Like Johnson, Queen is fully at home in mainstream jazz styles, the avant-garde and traditional idioms alike.

On this occasion, the Gusztáv Csík Trio will bring the essence of swing to the ears of jazz aficionados with the help of Joan Faulkner – who, despite having also pursued a career in pop music with the likes of Milli Vanilli, has always remained faithful to jazz – as well as an old favourite of festival audiences in the shape of Béla Szalóky.