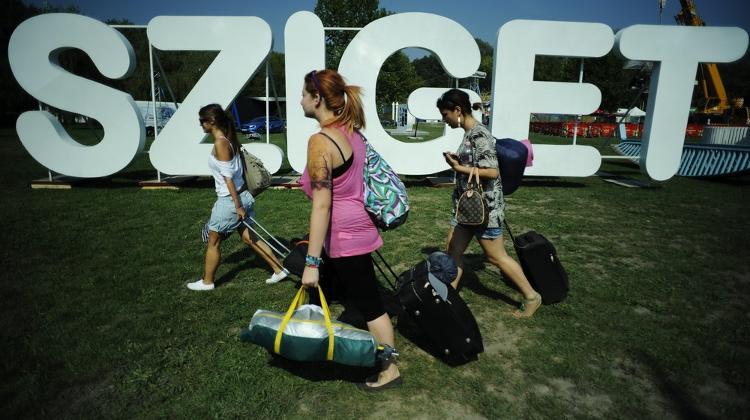 The 20th Sziget Festival will be held from Sunday 5 August to Monday 13 Sunday on Óbuda Island. Thanks to the agreement between Sziget and BKK Centre for Budapest Transport, special CityPASS wristbands will go on sale entitling holders to public transport and other special services during the event. Furthermore, we are launching special dedicated transport services and provide higher frequency on regular scheduled public transport services.

During this year’s, the 20th Sziget Festival

- we sell jointly with Sziget CityPASS wristbands which entitle holders among others to free public transport on BKK’s services within the area of the City of Budapest, to free entry to spas and pools, provides discounts on Budapest museum tickets, the zoo and the amusement park and the services of City Taxi,

Take Public Transport To The Sziget Festival At Óbuda Island

The venue of Sziget Festival is Óbuda Island located in northern part of Budapest and it can be reached from the Buda side of the river Danube. Access is recommended by suburban railway H5 but a circa one-kilometre-long walk is also an option from buses 34, 86, 106, 109, 134, 206 and 234 coming from the city centre and South Buda or alternatively by the dedicated boat service.

Suburban railway H5 can be easily accessed at the following connection points:

In addition to the above, BKK launches special direct services to Óbuda Island: only the Sziget-Budapest CityPASS entitles festival-goers to use the bus transfer services to and from the airport as well as the special boat service to the island. The boat service can also be used without the CityPASS by buying 900 HUF tickets on board.

The maps below help with orientation on how to access the location of Sziget Festival:

Tram 6: runs on the Grand Boulevard every 15 minutes even at night as usual during the nights of Sziget

From Saturday 4 August to Wednesday 8 August – during the days of “moving in” – and the first days direct transfer service is provided from Terminal 2 of Liszt Ferenc International Airport to Óbuda- Auchan store only in the direction from the airport to town every 30 minutes between 8:45 a.m. and 12:30 a.m. at night exclusively for Budapest CityPASS holders.

On Monday 13 August – the day of “moving out” – direct transfer service is provided from Óbuda- Auchan store to Terminal 2 of Liszt Ferenc International Airport only in the direction to the airport every 10 and later 20 minutes between 3:00 a.m. and 2:00 p.m. exclusively for Budapest CityPASS holders.

More info re the airport transfer by clicking here