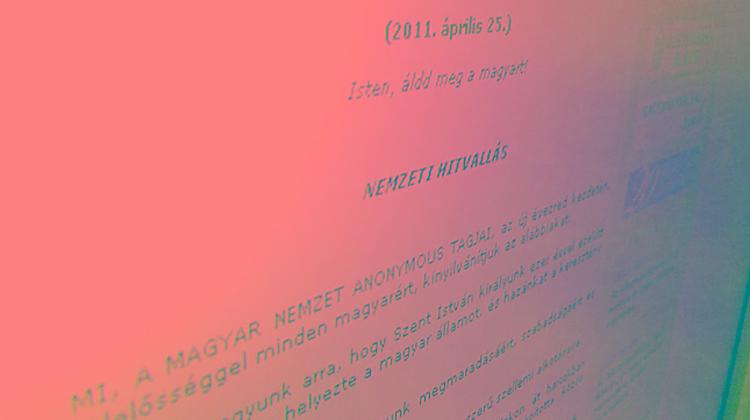 Police have captured a 16-year-old boy and later four others whom the boy does not know, as members of the hacker group Anonymous, National Police spokesman László Garamvölgyi announced on Saturday.

He said group members penetrated the website of the Constitutional Court, rewrote the Constitution, and hit other websites. They coordinated using Internet Relay Chat, and the suspects have admitted to their act.

House searches have yielded computer technology and mobile communication data carriers. They thought of it as “good fun”, Garamvölgyi said.