Hungary Highly Ranked In Freedom On The Net Report 2012 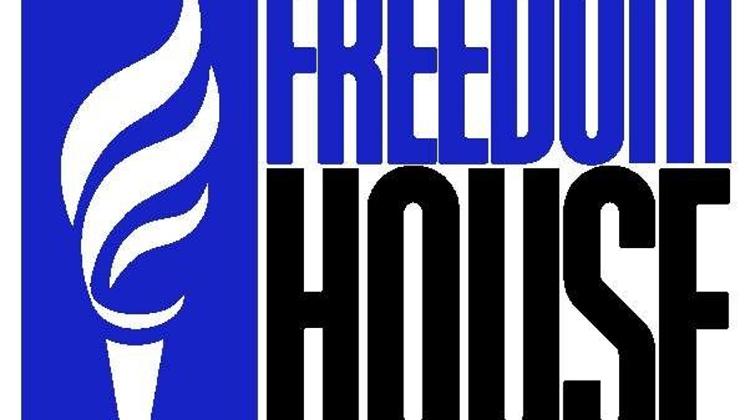 This latest Freedon House report , edited by Sanja Kelly, Sarah Cook, and Mai Truong, is 'A Global Assessment of Internet and Digital Media'. Of the 47 countries examined, 20 have experienced a negative trajectory since January 2011, with Bahrain, Pakistan, and Ethiopia registering the greatest declines. At the same time, 14 countries registered a positive trajectory. In Hungary, the Constitutional Court decided in December 2011 that the country’s restrictive new media regulations would not be applicable to online news sources and portals. The following paragraphs all concern Hungary, which came in as the 5th most free country.

"When Hungary transitioned from a one-party state to a parliamentary democracy in 1989-1990, very few people were using the internet in the country. In the following years, dial-up connections spread and the number of users expanded, particularly in the 2000s when the price of internet started to decrease while broadband connections increased. Today, a large majority of the population is online. Information and communication technologies (ICTs) are being used not only for social activities and newsgathering, but also increasingly for political activism. ICTs in Hungary are not censored centrally but they are monitored by the national security services.

In the 2010 parliamentary elections, the conservative Hungarian Civic Union (Fidesz) and its ally, the Christian Democratic People's Party (KDNP), won a landslide victory gaining more than two-thirds of the seats, which enabled them to draft and accept a set of laws regulating the media, including the 2010 media regulation, which has provisions regulating online newspapers and news portals. A new media regulatory authority, the National Media and Infocommunications Authority (NMHH), was also established to oversee the telecommunications industry and has the power to penalize or suspend news portals that violate stipulations of the media regulation. While the media regulation threatens to have a chilling effect on journalism, the Hungarian Constitutional Court ruled that some stipulations of the media regulation were unconstitutional in December 2011.

Hungary adopted a new constitution in April 2011 that includes provisions regulating the telecommunications industry and media as a whole. The new constitution also created the National Agency for Data Protection whose independence has been called into question due to the political appointment process of the agency’s leadership.

According to the International Telecommunications Union (ITU), internet penetration in Hungary stood at 59 percent in 2011 up from 47 percent in 2006 while the National Media and info communications Authority of Hungary (NMHH) reported in late 2011 that 54.5 percent of households have a broadband internet subscription. The ITU and NMHH also recorded a mobile phone penetration rate of 117.3 percent and 2,155,000 mobile internet subscriptions in 2011. Dial-up internet service is not widely used, and nearly 70 percent of residential areas have 3G coverage. Nevertheless, 28 percent of the population had never used the internet in 2011, according to Eurostat statistics.

There are geographical, socioeconomic, and ethnic differences in Hungary’s internet penetration, with low access rates found in rural areas7 and among the Roma community, the country’s largest ethnic minority. Most internet users access the internet from home, work, and school, while access at internet cafes and telecottages (local community centers) is less common. There is no need to approve the opening of cybercafes.

The Budapest Internet eXchange (BIX) is a network system that maintains the Hungarian internet traffic between domestic internet service providers (ISPs) and is overseen by the Council of Hungarian Internet Service Providers (ISZT) without any governmental interference.11 Shutting down the BIX would only slow down the internet in Hungary, and as BIX includes a domain name system (DNS) server that translates “.hu” domains, it would cause further difficulties. The government does not restrict bandwidth, routers, and switches and backbone connections are owned by telecommunications companies.

Legally, the internet and other telecommunications services can be paused or limited in case of unexpected attacks, for preemptive defense, or in states of emergency or national crisis.

YouTube, Facebook, Twitter, international blog-hosting services, instant, person-to-person communication, and other Web 2.0 applications are freely available. An increasing number of widely used software and websites are available in Hungarian, and there are several Hungarian blog-hosting sites. By the end of 2011, there were more than 600,000 registered “.hu” domains17 registered at some 130 companies.

Ten ISPs share 94 percent of the total fixed broadband market,19 and there are three mobile phone providers that are all privately owned by foreign companies. New actors are entering the mobile phone market in 2012, including a virtual mobile company operated by British Tesco and a mobile frequency tender that was won by a consortium of state-owned companies.

The Fundamental Law of Hungary—drafted and passed in 2011—acknowledges the right to freedom of expression and defends “freedom and diversity of the press,”59 however, there are no laws that specifically protect online modes of expression. In January 2012, the European Commission launched infringement proceedings against Hungary at the European Court of Human Rights in Strasbourg, partly regarding the independence of the judiciary, which has been threatened by the early retirement of judges over 62 years old and the concentration of Fidesz party members.

The Civil Code recognizes civil rights and poses a ban on insulting an individual’s honor. Libel cases demonstrate that the courts generally protect freedom of expression, except when there is a conflict with another basic right. Defamation cases have decreased since a 1994 decision of the Constitutional Court, which claimed that a public figure's tolerance of criticism should be higher than an ordinary citizen’s. Nevertheless, Hungarian law does not distinguish between traditional and online media outlets in libel or defamation cases.

The Criminal Code bans defamation, slander, the humiliation of national symbols (the anthem, flag, and coat of arms), the dissemination of totalitarian symbols (the swastika and red pentagram), the denial of the sins of national socialism or communism, and public scaremongering through the media.63 The Criminal Code has been used “sporadically” in cases of defamation or slander.

Journalists are entitled to “editorial independence and independence of journalism” by law,66 and “in exceptionally justified cases,” courts or authorities may require media outlets to reveal their sources “in the interest of protecting national security and public order or uncovering or preventing criminal acts.” Otherwise, journalists have the right not to reveal their sources. There are no further distinctions between journalists and everyday citizens or bloggers.

Generally, users who wish to comment on a web article need to register with the website by providing an email address and nick name. The operator of a website might be asked to provide the commenter’s internet protocol (IP) address, email or other data in case of an investigation.68 The 2010 media regulation “blurred the responsibility of the media outlet and the commenter.” Consequently, at least one website decided to disable the commenting option in 2011. In July 2011 an inquiry was launched against the online version of the daily Népszava because of a comment that was considered offensive even though the Media Council stated that comments are not subject to regulation.

There are no restrictions on anonymous communication, and encryption software is freely available without government interference. Pretty Good Privacy (PGP), a data encryption program, is often used by investigative journalists.73 Nevertheless, to sign a contract with the mobile phone company, users must provide personal data upon purchase of a SIM card."

Click here for more about Hungary in the full report.