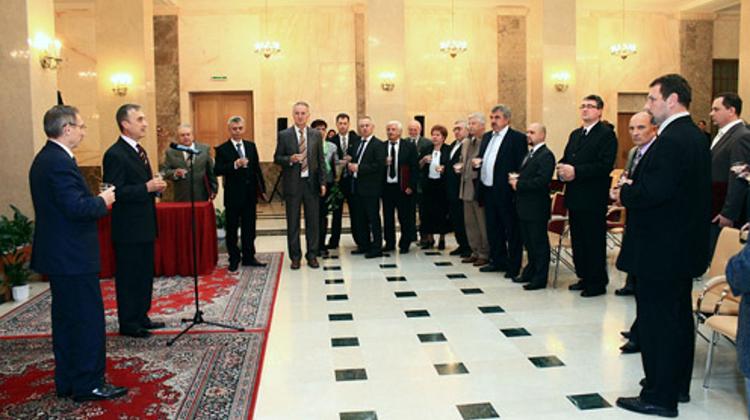 145 billion forints will be spent on public employment next year, the goal is to provide work for 300 thousand people in 2013 and 2014 – said Sándor Pintér, Minister of Interior on Friday in Budapest at the celebratory event held in order to praise the work of those local governments that have performed exceptionally well in organizing and realizing public employment programs.

Minister Pintér also pointed out that along with the agricultural works that can be done between March and October, programs providing all-year-long employment should be established as well.

The minister mentioned that agricultural public employment programs are the most successful. Fruits and vegetables produced serve as social aid for schools, kindergartens and retirement homes – he added.

He also mentioned that as part of the budget 132 billion forints were earmarked for public employment this year which meant employment for 270 thousand people.

Minister Pintér emphasized the importance of the further development along with the bigger sources. He also mentioned that they collect good practical experience, ideas and possibilities. He repeated: the goal is to establish social cooperatives that can be self-supporting.

He reminded that the goal of the renewal of the public employment system was to prevent people from living on financial aid so that it becomes apparent for their children as well that they need to work in order to make a living.