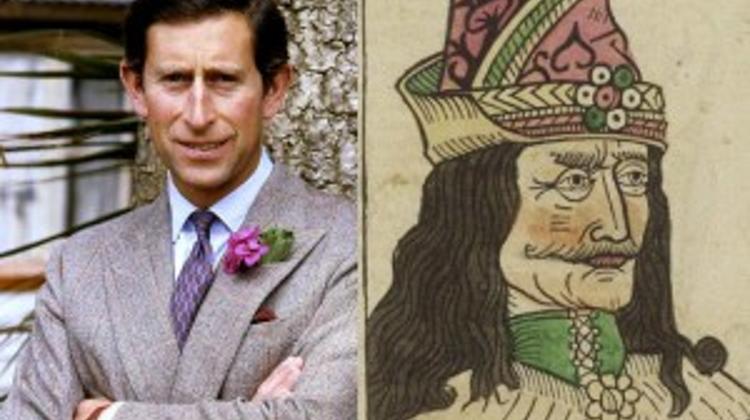 If you thought the only Hungarian connection to vampires is Bela Lugosi, and the only vampire connection to Prince Charles is Dracula – think again. Geneologists claim the connection comes from Princess Marie of Edinburgh (cousin of Charles’ great-grandfather) who married I Ferdinand of Romania. In a video clip recently presented by Romania at the World Travel Market exhibition in London, Prince Charles confirmed being a descendant of Dracula, otherwise known as Vlad the Impaler.

However the unholy union could not have been complete without the infamous Hungarian vampire house Bathory, known for Elizabeth Bathory who bathed in virgin blood and killed hundreds of young girls before being imprisoned for life.

According to Romanian historian Doru Radosav, Vlad the Impaler took his first wife from the Bathory family. What’s more, all his subsequent wives were Hungarian, underscoring the fact the Prince Charles has claimed he is related to Hungarian nobility.

Hungarian authorities declined to comment on the issue, saying they have urgent blood-sucking (of a different type) to attend to.

By Andras M. Badics published on XpatLoop.com with the permission of BudapestReport.com

Click for a video of Prince Charles talking about Transylvania