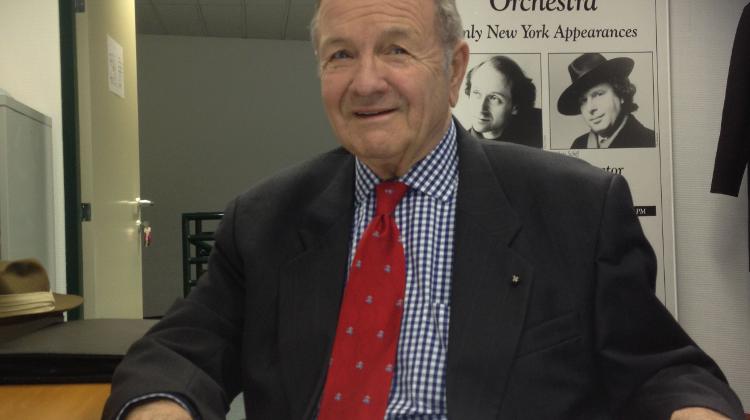 Charles Huebner, a member of CEU Business School’s Advisory Board, has been honored with the Dr. Iván Völgyes Award for Promotion of Hungarian-American Business Relations by the American Chamber of Commerce in Hungary (AmCham).

The annual award recognizes individuals who have played an outstanding and exemplary role in developing Hungarian-American business relations over the past years.

“As an investment adviser, investment banker and the first representative of The American Hungarian Enterprise Fund [Mr. Huebner] has done a great deal for Hungarian-American commercial relations since the change in the system in 1990,” noted AmCham CEO Peter David when presenting the award. “He has been very active as a philanthropist and fund raiser for a number of important Hungarian cultural institutions.”

Mr. Huebner has been in Hungary since 1990 when he established, organized, staffed and ran the operations of the Hungarian American Enterprise Fund in Budapest as its executive vice president and managing director.

Earlier in his career Mr. Huebner worked at the United States Air Force and NASA’s Apollo program as an officer, project engineer and manager. Later he joined the General Electric Company as a senior staff executive responsible for businesses with revenues in excess of $10 billion.

The Dr. Iván Völgyes award was launched in 2005. Born in Hungary, Dr. Iván Völgyes moved to the United States in 1956, where, after acquiring a BA, MA and PhD in International Politics, he worked on John F. Kennedy's election campaign in 1959 and then followed him into the White House. After the fall of the iron curtain, he became instrumental in bringing numerous U.S. based businesses to Hungary including the Gallup Organization and Reader's Digest. As the chief advisor to General Electric in Hungary, Dr. Völgyes also assisted in bringing six of GE's 10 global core businesses, along with more than $1 billion in investment. Dr. Iván Völgyes lost his life in an airplane crash in June 2001.