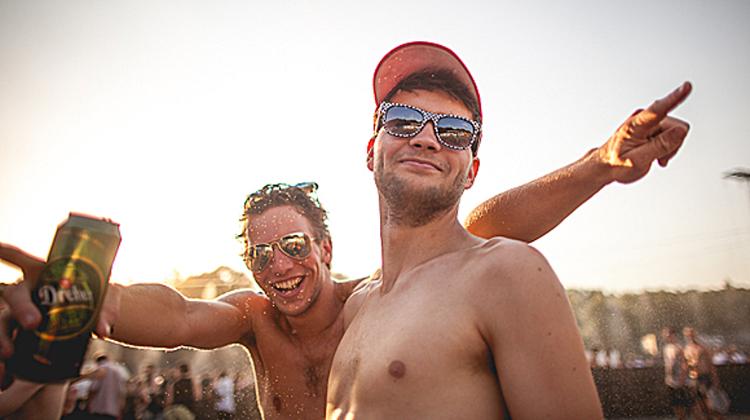 Dear fellow Szitizens! The first day of Sziget Festival has officially started! So grab your festival-passport, a cool drink and let the party begin!

We have all sorts of programmes in store for you to make sure you have a fun time diving into the world of Sziget. Let’s start with the biggest venue, the Pop-Rock Main Stage that offers you shows from Wednesday to Sunday between 16.00 and 23.00 with the biggest stars and legends from the past and the present.

First up is the British singer and hitmaker Alex Clare. He combines elements of dubstep and new wave drum’n’bass with suggestive guitar melodies and a pinch of soul. Next up is an iconic band with a legendary front woman who walked on the protective hands of the audience straight in to collective catharsis. To be honest this is exactly what we expect from Skunk Anansie again this year. So bring your mom and sister as well to make sure they don’t miss out on this crazy show (17.45).

During the changeover we will let 10.000 helium filled balloons fly into the sky.

The only doctors everybody loves will make you pogo from 19.30! Die Ärzte from Berlin are a real punk institution and have perfected their musical and verbal punch lines throughout the years to bring you a show that will make you laugh while you sweat your brains out pogoing! Good old Nick Cave. And the Bad Seeds. The idol of the 30-40 year olds who gets constantly discovered by newer generations. Nick Cave and the Bad Seeds have released their latest record Push The Sky Away after five years. The album led many European hit lists and got into the top3 of the Billboard charts as well. Returning to the band for this record was founding member Barry Adamson who appeared last on the bands Your Funeral...My Trial album from 1986 (21.30).

You start your adventures on the Island of Freedom at another location as well. The programme of the World Music Stage will be focusing on the Balkan area. Starting the show at 17.00 is the Serbian-Danish group Tako Lako, who proved that it is possible to show the people a different side of the well-known Balkan music.

Their psychedelic gypsy beat truly shows how crazy and energetic they are. Another energy bomb will come from the Spanish band La Pegatina who will make you move for sure with their driving Catalan rumba. You can hear the marks of the Barcelona rumba scene and artists like Che Sudaka, Txaragón or Manu Chao in their energetic music (18.15). Also performing at the stage is the famous Csík zenekar from Hungary at 21.30.

You can find the full schedule here!

With a daring jump you can get to the Party Arena where you’ll be surprised to see that among the many DJ shows and live acts you will be able to enjoy traditional concerts as well. One of these concerts will be the show by The Joy Formidable.

Mysterious, monumental, stormy and passionate alternative rock is their genre. The music of this London based, Welsh band feeds upon the contrast of whirling guitar lines and calm breaks (16.00). A well known act among the Hungarian audience is the electronic musician-producer duo of Will Kennard and Saul Milton aka Chase & Status. For years now it’s hard to find a more exciting, louder and more successful drum’n’bass act in the United Kingdom, and maybe the world than them.

This time they will be joined by an entire band on stage to guarantee you a cathartic experience (19.30). And if we are talking party you shouldn’t miss out the set of the veteran electronic musician and producer-mogul Oscar Mulero. He is the top DJ of his country, a real “techno giant”. He approached the relevant trends of his genre in a progressive but still traditional way, while always staying true to the defining aspects of this specific musical style (3.45).

The crew of the A38 boat is working on bringing you the coolest acts every year. Last year was exceptionally great, let’s see what this year has to offer. Returning to Hungary after their performance as the support act for Muse is the British band Everything Everything.

Their main terrain is clever guitar pop with some melancholy and solid festivity to it. They’re exciting style cannot be compared to other bands. It’s pop that is exciting, unpredictable and surprising at the same time (18.00). Anybody not partying to the doctors on the main stage who likes the Irish pub culture and punk can get a taste of both at the show of Flogging Molly.

The American band plays loud, witty, catchy and folksy music in the likes of the Dropkick Murphys and they attract huge crowds wherever they go (19.50). The show of the German band Deichkind is something you shouldn’t miss for sure. Thick, gut shaking beats mixed with a breath-taking live show featuring vodka, neon outfits, inflatable toys and mind-boggling geometrical forms all presented with lots of humour and self-mockery (21.40). Hitting the stage at 23.30 is the favourite band of all music journalists, Bat For Lashes.

Let’s focus a little on the Hungarian acts: opening the Hungarian Music Stage at 15.00 is the band of ever growing popularity SoNaR with their psychedelic instrumental music. Following them is the who is who of the Hungarian music scene with the headliners of the day The Carbonfools at 23.30.

The Giant Street Theatre is a constant and popular venue at the festival with a programme that will sweep you off your feet. Every day from 23.00 you can enjoy Theater Titanick (D): Firebirds. Titanick was founded in Germany, 1990. Since then it has become one of the most significant street theatre companies in the world. With their spectacular yet bizarre productions, they have achieved several successes at the most important international festivals, receiving many illustrious prizes in the past several years. Their biggest motivation and key to success is the love and enthusiasm of the tens of thousands of people.

This year we are able to relive one of the craziest street theatre productions since the foundation of Sziget. Titanick achieved an unparallel success with its performance titled Firebirds back in 2006. This speeding visual theatre is back once again with new contraptions.

Sziget festival and devil sticks became almost synonyms throughout the years. This year we will inforce this cliché with our Join The Circus programme. Test your skills and become a juggler or acrobat for a day. Learn from the pros and let the circus carry you away!

Tradition and innovation will characterize the legendary Magic Mirror tent. On top of the usual non-stop happenings, the discussion, movies and varieté shows you will be able to enjoy concerts in the evenings!

This is just a fraction of the programmes the Island of Freedom has to offer! If you would like to take a look at the endless possibilities of music, theatre, woprkshops and exhibitions click here!