The Birthday Cake Of Hungary In 2013 Introduced In Budapest 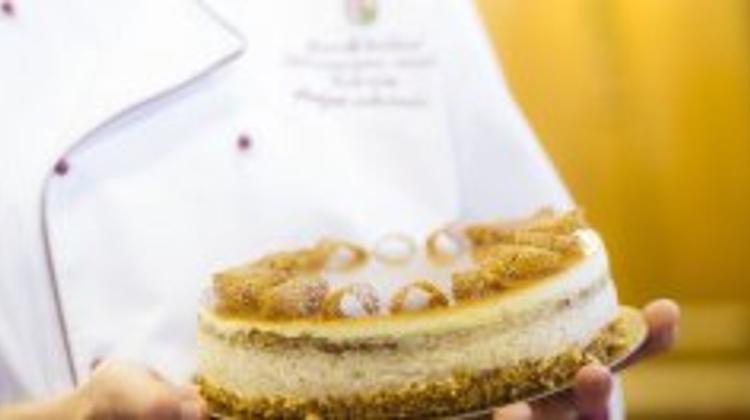 Each year, on the occasion of the national holiday on 20 August, the competition for The Birthday Cake of Hungary is announced by the National Guild of Hungarian Confectioners at the invitation of the Government of Hungary. Organized since 2007, the competition ends with a decision of the professional jury, and the recipe of the winning cake specialty is shared with the general public. The guild expects the participants to come up with innovative and creative ideas, yet respecting Hungarian confectionary traditions.

Upon the decision made by a jury of reputable master confectioners, the winning cake obtains the title “The Birthday Cake of Hungary”. This special sweet is available in confectionaries all around Hungary as of 20 August. Confectioners may prepare the cake on the basis of the original recipe.

The popularity of this event has never been greater: Since 2007, more and more confectionaries have entered into competition to win the title, and the winning cake is surrounded by a huge interest all year around. For example, in 2012 the jury selected the winner of the honourable title “The Birthday Cake of Hungary” out of more than 35 applications.

In 2010, a cake of 1,000 slices was offered to 500 children who were flood victims. In 2012, the One Drop of Attention Foundation announced a competition for Hungary’s Sugar-Free Cake, to run in parallel with the ongoing successful initiative of The Birthday Cake of Hungary.

The Birthday Cakes of Hungary in recent years: