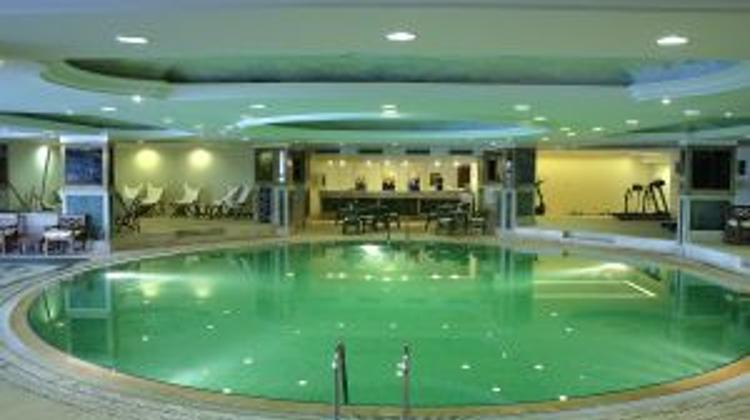 I suppose all Hungarians have heard the fable that Hungary is really at the head of the line when it comes to thermal springs, that our medicinal springs are famed throughout Europe and that they attract foreign and domestic tourists like a magnet. Fact: there really are thermal springs beneath four-fifths of the country and we really are world leaders when it comes to the number and variety of mineral water springs. However, experts say, way too much of this potential has been left untapped.

Balneology, the science of exploring and analyzing the therapeutic endowments of natural waters (mineral waters, steam and therapeutic mud) has been around for centuries but most people are still at a loss when asked to define the term. Balneology has come into its own in countries where there is an abundance of thermal springs and Hungary is definitely one of those countries.

The lake at Hévíz is Europe’s largest body of warm water used for medicinal purposes. “As a doctor I cannot support the idea that therapeutic waters are superior to pharmaceuticals but it is definitely worth relying on natural substances as supplementary sources of treatment in a great many more areas than are used at present,” said Tamás Bender, a physician who has spent the past 25 years exploring the therapeutic properties of these waters.

As past president of the Hungarian Balneology Society, he noted that these medicinal waters were great for treating muscular and joint disorders, spinal cord anomalies, and gynecological and vascular problems. Most recently, he added, balneological treatments have begun to make inroads in psychiatry in some countries. According to the Hungarian Central Statistics Office domestic travelers spent over HUF 6.5 billion (close to USD 30 million) on health maintenance and therapy.

More support would come in handy

“Everyone acknowledges the positive outcomes but support for the most part is limited to very vocal praise in lieu of the continuous medical studies and research needed to advance the sector. Conducting studies and publishing outcomes is an expensive process. And we can only hope to attract people from other countries and get health insurance providers to sign onto us if we can offer contemporary procedures proving that the given therapy really works. We actually do not need horrific amounts of money for these research projects.

A few thousand dollars would be enough, but it is hard to convince young doctors who have a hard time making ends meet as it is to spend extra money on reagents and pay for mathematician and statistician help and then cover the costs of translation to present their findings to the outside world. Sadly, this is exactly what they would have to do since we have received no financial support whatsoever for research in the past six or seven years. No help has come from the government or from tourism advocates and there simply have been no grants available,” Bender said. He then added that a previously existing balneological research foundation and a research center had to be closed down due to a lack of funding.

The business paper Világgazdaság recently pointed out that while the New Széchenyi Plan [a government economic development plan] has explicitly called for more effective use of the country’s thermal waters, the amount of money available to finance therapeutic spa services has been going steadily downhill.

The amount of money the National Health Insurance Fund makes available for treatment in therapeutic baths has been shrinking from year to year. The Fund’s own figures show that in 2005 it had HUF 4.7 billion (USD 21 million) to finance spa treatment, in 2011 the amount had gone down to HUF 3.9 billion (USD 17.5 million) and in 2012 another billion forints (USD 4.5 million) was slashed from the budget. This of course has led to a drop in the number of treatments. In 2005 the Health Insurance Fund paid for 8.6 million treatments, while last year it covered only 6.5 million.

When queried about the financial difficulties, Ágnes Fényi, who heads the health industry section of the National Economy Ministry told Magyar Nemzet that a number of Hungarian therapeutic hotels have contracts to provide specific services for foreign health insurance providers and that the universities have research funding that would be available for balneology should the appropriate supervisory board approve the projects. She also said that studies offering evidence of the effectiveness of these therapies really would be very important since with them, it would be easier to convince insurance companies to finance the treatments.

The cosmetics industry is a potential ally

Discussing opportunities in balneology that currently are not being taken advantage of, Bender said that popularizing the ideas of regularly drinking therapeutic waters and of attracting the cosmetics industry could easily become breakthrough points.

“Think of France’s Vichy company and its amazing profits in producing creams and beauty products using mineral water even though the mineral composition of the French water is far inferior to the Hungarian one,” he said.

Nonetheless, there have been advances, particularly in education, he added. “I have managed to set up a PhD program at Szeged University and have been able to attract a number of young people to write PhD theses on balneology. For now it has proven impossible to set up a separate teaching faculty but fourth and fifth year medical students have been able to take a semester on balneology as an elective for the past two years and luckily, the subject is quite popular. Over half of each class have chosen to study it. The same course has also been introduced at Pécs University and it looks as though a new balneology textbook will be published by the fall semester, Bender added.

There already is an EU working group

Speaking on progress in an international context, he noted that following seven years of campaigning they had managed to push the European Union into establishing a separate balneology working group within the European Union of Medical Specialists (UEMS). In addition, a summarized review of Hungarian therapeutic waters, written in English, has recently been published in an important English language medical journal. “When, together with four of my colleagues, we began the writing job, our overt intent was to advertize Hungary, since I think that in this area, we deserve it.

Nowadays we really could use some positive input and following the initial professional responses, I think this is a great area for it. There is hardly any other country that has had summarized information on its own therapeutic waters published in a major medical journal. Since as of this year freely transferring patients throughout the EU has become an option, we just might gain a well-deserved advantage over other countries,” said Bender in conclusion.