Hungary's PM Orbán: “Us Against The World” 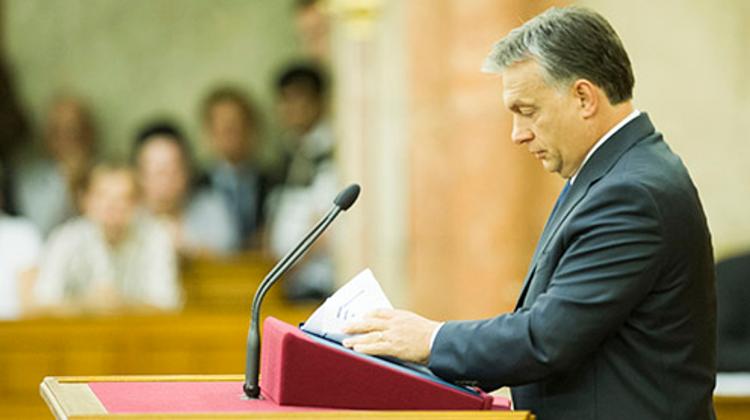 Addressing the gathering at the Millenáris Park in Buda, he conjured up a vision of internal and external enemies ranged against the party, who are angered by the state-imposed reductions in utility prices.

“Sweet-talking bankers, greedy multinationals, EU bureaucrats and their Hungarian lackeys” will unite against Hungary, he said, so that if the left-wing wins the 2014 elections, international big capital will form the government and Hungarian people will pay the price.

“This is the club of heavyweights, as we are talking about thousands of billions of forints, huge investment projects and guaranteed profits. But we shall not be the servants of Europe, banks or major companies. We are our own masters,” he declared

He then assured the crowd that the government is united and the party’s two-thirds majority in Parliament is intact, so the country will be strong enough to engage in a domestic and international struggle over utility prices with a chance of victory.