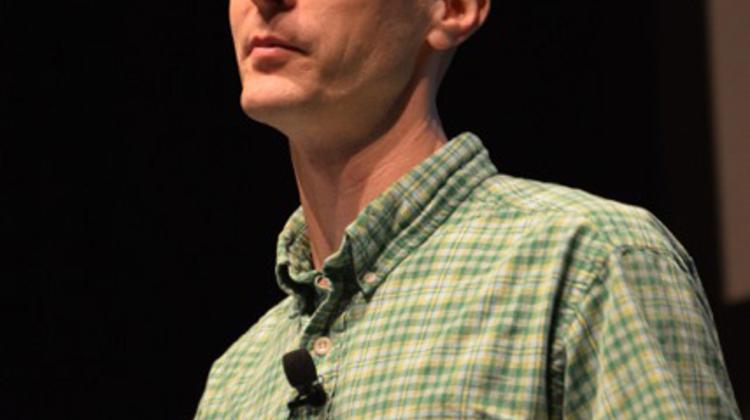 Hacktivity, the largest independent IT Security Festival in Central and Eastern Europe will be held for the 10th time on October 11-12. 1,200 hackers from all over the world, presentations in two simultaneous sections, interactive workshops in small groups, new section for product demos, hardware hacking, lockpicking, live shows, 24-hour hacking competition, a real festival mood and jubilee party in the evening!

This is how you can describe the 10th Hacktivity the full programme of which you can find on the official conference website. Speakers in the programme had to submit their papers for selection (just like at other major IT conferences in the world) as being a speaker at Hacktivity counts as a professional recognition. We received over 50 Hungarian and international papers for the two rounds of the Call for Proposals in three formats: traditional presentation, hello workshop or product demo.

The conference will be opened by two IT security „stars”. The first keynote speaker is Charlie Miller, Twitter’s Senior Security Engineer and the other is Mikko Hypponen from Finland. Charlie worked for NSA for five years, hacked Macbook Air and iPhone among others, and made a fool of the developers of Safari and the Safari mobile app. His Twitter profile says: ’I'm that Apple 0day guy’. Mikko Hypponen is the Chief Research Officer of F-Secure in Finland. He has been working with computer security for over 20 years and has fought the biggest virus outbreaks in the net, including Loveletter, Conficker and Stuxnet. His TED Talk on computer security has been seen by almost a million people and has been translated to over 35 languages. His columns have been published in the New York Times, Wired, CNN and BBC.

Following the two keynote speakers a total of 32 presentations will be held in the two halls, covering a wide range of fields. László Bíró’s presentation on electromagnetic data leakage sounds very exciting just as the story of how a CCTV system was hacked, told by Benjámin Tamási. The presentation of Paul M. Wright and László Tóth focuses on the security of the latest Oracle database manager (12c – did Oracle finally succeed in designing a secure database manager?). Gábor Pék will give a hands-on presentation on the security issues of hardware virtualization – anyone using it (everyone?!) must attend. The talk on the security issues of SAP deployment servers may surprise corporate professionals. There will be plenty of topics for those who do not think 10 equals two (no typo?!): cyber war, data management in the cloud, act on information security, use of facial recognition tools and many many more subjects. You can read about them in more detail in our newsletters until the date of the conference. Subscribe to our newsletter to stay informed!
Launched two years ago, Hello Workshops became an instant success. This year there will be an even wider selection of diverse topics: in addition to the most popular and perhaps less scientific workshops on XSS, OWASP there will be more in-depth workshops on DEP, ASLR, Exotic injections. Or if you are interested, you can practice Threat Modelling, the Swiss army knife of IT security risk analysis.

There’ll be a new round of HACK 24, the 24-hour hacking competition for valuable prizes, a hardware workshop and lockpicking with plenty of new features, numerous games and a brilliant jubilee party in the evening where we’ll reminiscence about the beginning.

According to Lajos Antal, Head of IT Security and Data Security at Deloitte Zrt., IT security is one of the most dynamically growing IT, legal and economic fields. As the key objective of the majority of cyber criminals is material gain, not only IT specialists but the senior management of a company must be aware of the risks and jointly do all in their power to set up the controls necessary for an appropriate defence. Hacktivity brings together experts who are outstanding in their fields and the decision-makers, that is why Deloitte decided to be the Diamond Sponsor of the conference for the third time.

At the conference certified (CISA, CISM, CISSP) specialists can collect CPE points necessary for their licence. The organizers expect 1,200-1,500 participants this year.