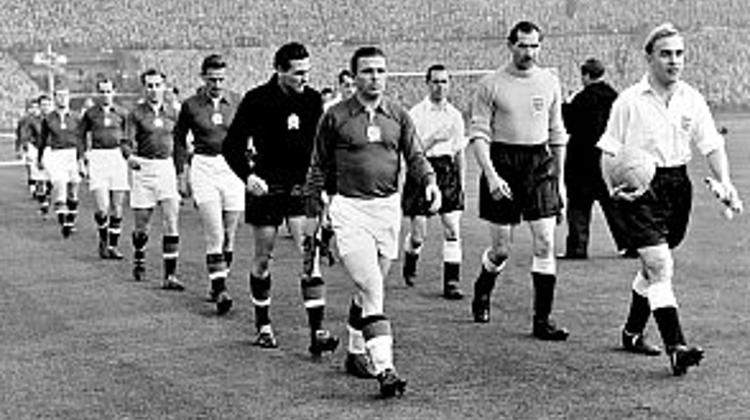 Six to three. Any Hungarian football fan knows exactly what that means. In fact, much to Hungary’s pride, even the hardcore enthusiasts in England understand the reference. Sixty years ago this week, November 25, 1953, the Hungarian football team defeated England by a score of six goals to three.

Along with Reuters, BBC News, BBC Sport and The Independent, devoted Hungarian fans and even those who rarely ever watch a match recalled this week the historic victory of the Golden Team and its legendary Ferenc Puskás. The win at Wembley Stadium was one great victory in what was a golden era for Hungarian football. The Golden Team remained unbeaten for 4 years from 1950 to 1954, beating Brazil and handing Uruguay its first ever defeat. In a particularly sweet victory that would carry special significance, Hungary team defeated the Soviet team in September 1956, just weeks before the October 23 uprising.

The rest is history. Many of these great players had to flee communist Hungary and ended up playing for other teams, including Puskás who went to play for Real Madrid. They could return home only after the democratic transition in 1989-90. Although we’ve seen great results in the Olympics, for example in water sports, Hungarian football today still struggles to meet the high standards set by the Golden Team. We remember with pride our greatest team and never give up hope that it’s only a matter of time before we see another splendid era of great Hungarian football.