Sziget-Related Festivals In Hungary Among The Best Of Europe 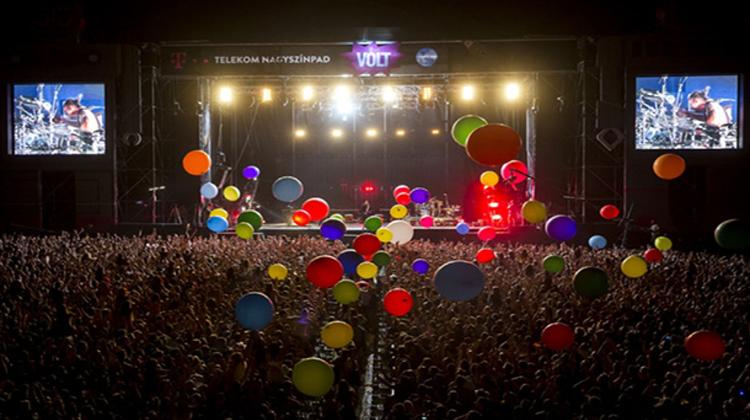 The European Festival Awards has just revealed the shortlist of the best festivals in several categories. Out of more than 360 festivals from 34 different countries, the festivals of Sziget Cultural Management: Sziget Festival, MasterCard Balaton Sound, VOLT Festival and B.my.Lake all made it to the top 10 in their categories.

Presented in association with YOUROPE and Eurosonic Noorderslag the European Festival Awards is the most prestigious acknowledgement on the European festival scene today. Decided by a combination of public votes and the EFA jury – made up of journalists, booking agents, festival organizers – all nominated festivals of Sziget Cultural Management made it to the top 10. Out of 360 festivals from 34 different countries and with over 620,000 votes from enthusiastic festival-goers the finalists include Sziget Festival, MasterCard Balaton Sound, VOLT Festival and B.my.Lake.

Sziget Festival is not only in the top 10 in the ‘Best Major Festival’ category that it won in 2012, but it is also in the run for ‘Artists Favorite European Festival’ nominated by the actors themselves. In addition, it also got nominated in the ‘Best European Festival Line-Up’ category. This year Sziget hosted five performers from EFA’s top selections, including ‘Headliner of the Year’ nominees Blur, Nick Cave & The Bad Seeds and Editors and ‘Newcomer artists of the Year’ nominees Woodkid or Skip&Die.

Check out the Sziget 2013 official aftermovie

Last year’s proud winner of ‘Best-Medium Sized Festival’ MasterCard Balaton Sound is again shortlisted in the same category, while VOLT Festival is also included in the top 10. In addition, B.my.Lake the newest festival in the portfolio of Sziget Cultural Management is shortlisted in the ‘Best New Festival’ category.

Final results will be revealed on 15 January at the European Festival Awards Ceremony, hosted by Eurosonic Noorderslag in Groningen, The Netherlands. Fingers crossed till then!

Stay tuned also during the upcoming weeks, as the Sziget team is already working hard to organize next year’s festivals!