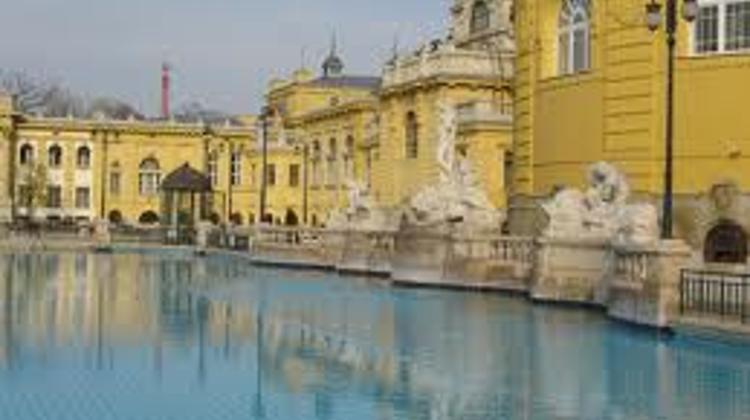 Szenchenyi Bath also known as Széchenyi Gyógyfürdő in Hungarian. Is the largest medicinal bath in Europe!, it was built in 1913 designed by Gyözö Czingler who was influenced by Neo-baroque style of buildings. Its contruction began on 7th of May 1909 and was finished in 16th of Junge 1913 however it had been in plan since early 1880’s.

There are a total of 15 bath units avaliable. Three of them are outdoor pools with each pool having a different temperatures of water. They consist of 26,32 and 38 degrees celcius. The other 12 thermal baths are located within the buildings of the bath with 8 of them being between 28 and 38 degrees celcius and the other 4 between 30 and 36 degrees. The waters found at the baths include significant amounts of metabolic acid, calcium, magnesium, sodium as well as sulphate which can help cure illnesses found at the joints as well as chronic and semi-acute arthritis. It is also used in post-injury treatments.

Its location is in the heart of the city, City park on the Pest side of town behind the famous Heroes Square. It is in the last stop of the Yellow Metro line M1 also known as the Millennium Underground. Because of its location most tourists enjoy the amazing statues at the Heroes square which is also a World Heritage site before heading over to the lovely warm waters of the Szenchenyi Bath.

The prices range from 3800 to 4800 forints with different options to choose from ranging from a few hours to daily tickets. If baths are not your thing to go to, there are also medical, underwater, spa, aroma and foot massages available. They are open to the public everyday starting from 7 AM till 10 PM.