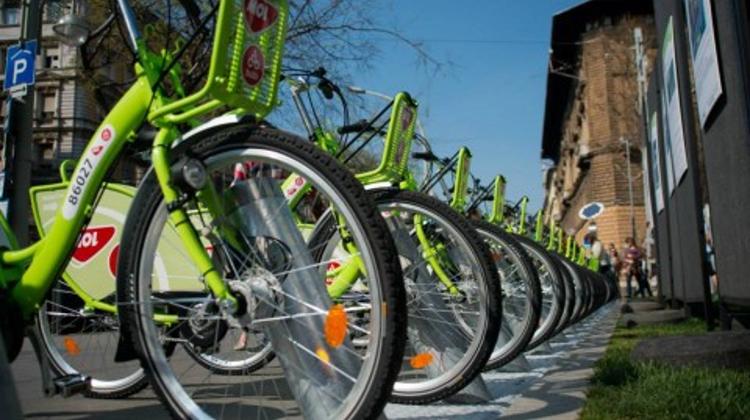 In 2014 new means of transport appears in Budapest: people may pick up bicycles at any of the 75 new bicycle terminals, may ride them and then drop them at any terminal. The system will operate with cards and terminals will be at average 320 metres from each other offering total 1100 bicycles.

MOL Bubi community bike sharing system consists on one hand of 1100 bikes, on the other hand of 75 terminals from which you can pick up bicycles, ride them and then drop them at any terminal. The purpose is to make bicycles the dominant means of transport in the capital, helping car drivers and excursions of tourists in Budapest, but also people living in Budapest in reaching their destination faster and simpler.

Registered and ad hoc users may pick the public bicycles up round the clock every day throughout the year for very short trips (i.e. a couple of minutes) and also for longer trips (several hours), but the first 30 minutes will be free.​

By making biking popular, we aim to show the several dozen thousands of people who will use the bike sharing system day by day that we can make small steps for a sustainable life, we have the chance to live sustainably but everyone should contribute a little.

There has been an actual biking revolution in Budapest in the past few years and its next enormous step is the introduction of the bike sharing system. Systems like this work successfully all around the world and we are happy to be the part of this new era. Through Bubi, MOL's bicycle support activity reaches a new phase.