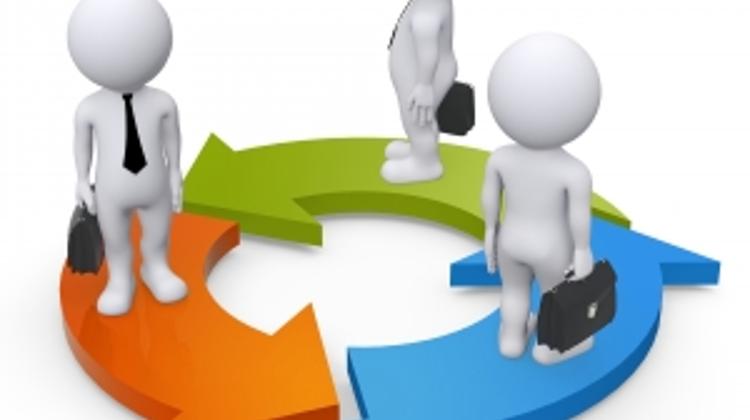 The successors of Ernő Rubik, creator of the Rubik's Cube, require both creativity and perseverance to succeed, a recent publication on Hungarian creativity in the 21st century reveals. Despite the difficulties, startup companies continue to pop up and flourish, and represent a perceivable factor of the Hungarian economy.

The book, entitled Csúcstámadók (Peak Attackers), published by Heti Válasz Kiadó, shows stories of successful creative industry companies and thereby the process of moving from ideas to marketable products. Good ideas are galore, says Veronika Pistyur, who has a good insight into the operation of innovative, commercial size companies due to her position: she heads Bridge Budapest, a nonprofit association of four Hungarian, internationally renowned startup enterprises – LogMeln, Prezi, Ustream and NNG.

Apart from the ability to respond to the needs of our quickly changing world, the common feature of these four IT companies is that they have entered the international arena. Although they have achieved outstanding successes, their stories are no longer unique. According to a recent estimate made by the Hungarian Intellectual Property Office, the share of the creative industry in Hungary’s GDP equals 5 to 7%, which proves that this industry has become a player in the Hungarian economy. No wonder that in addition to those involved in joint corporate projects, private initiatives or venture capital investments the state has also realized the potential in this developing economic sector. The following passages give an insight into the daily life of these young enterprises.

Gyula Fehér, the co-founder of Ustream, is a born entrepreneur. As a child he was dreaming about starting a vegetable production business, but finally he came up with an invention that allowed four million people to watch the inauguration of US President Barack Obama, and 16 million people to watch the announcement of the launch of a new version of Playstation. The idea of Ustream.tv, a live video site which currently boasts 70 million users, was conceived when two of the three co-founders (Brad Hunstable and John Ham) were serving in Iraq as US army officers (2003), and realized the need for a solution that could allow troops stationed at US military bases around the world to keep in touch with their families.

The first impetus came when Brad Hunstable, the current CEO of Ustream, could not attend a concert of his younger brother’s brand new rock band. Another soldier at the base was unable to attend the graduation ceremony of his own daughter. In the past years Ustream has become so popular that in addition to bloggers, celebrities and politicians, even His Holiness the Dalai Lama has used the service to convey his message to all corners of the world. Dozens of small Christian communities broadcast their Sunday services live via Ustream. One of the most popular Ustream channels is run by NASA, through which three million people could watch the landing of Curiosity, a robotic rover, on Mars live.

Ivanka Factory is one of the world’s leading designer concrete companies. Its products are present not only on the market of paving slabs, but have also penetrated the world of design and fashion. Following the initial production of objects used primarily for decorative purposes, recently a new chapter has opened in the history of Ivanka Factory: in support of sustainable water management the company has developed an innovative rainwater purification technology using concrete. Its pilot model, Rainhouse, debuted at the Milan Design Week this past April. The bio-concrete system can collect rainwater and turn it into the highest quality drinking water. Since the system is based on natural processes, it leaves minimum carbon footprint.

The first Hungarian professional 3D printer developed by DO3D will be both faster and less expensive than those of its international competitors. Although 3D printing has been available for some time in dentistry, co-founder Tamás Liszkai and developer Márton Bartos still see potentials in 3D printing for medical applications. Further opportunities lie in the development of materials suitable for 3D printing, therefore the company is about to expand the team with a chemical engineer, an electrical engineer and a software developer.

Oncoknife, a revolutionary cancer diagnostic tool under development by Hungarian chemist Zoltán Takáts can be one of the most promising patented products: it is an intelligent surgical knife which reports to the surgeon in real time whether the tissue being cut is cancerous or not. Although the tool is being developed primarily at Imperial College, London, the inventor will set up a laboratory in the state-of-the-art research centre of the Hungarian Academy of Sciences to be opened on November 15.

Project manager Ádám Magyar originally established his studio specialized in developing 3D contents in a run-down school building in the village of Egerszalók in northern Hungary. Since then the services provided by the company have become highly popular among Hollywood film-makers, too. GreenZero was also asked to prepare animations for David Attenborough’s Flying Monsters movie, or for a Hungarian popular science film titled Dinoszauruszok és vadászaik (Dinosaurs and their hunters) in cooperation with paleontologist Attila Ősi.

Their nearly eight minutes long trailer to the 2009 movie Pangea – The Neverending Wold is one of the most watched trailers on Youtube’s 3D channel. The combined viewer number for the 2D and 3D versions has reached 15 million.

Neopaint Works comprises of young artists fighting for a more livable environment. Their market niche is the decoration of firewalls (bulkheads) on the Pest side of Budapest. In the past ten years the team has reinvigorated thousands of square feet of neglected wall surfaces. In the 2013 Firewall Rehab Program of the Erzsébetváros District (District 7) of Budapest members of Neopaint Works decorated four firewalls with murals. The artworks represent façade and street imitations, and one of them pays tribute to the legendary soccer match at Wembley Stadium in 1953, in which Hungary beat England 6 to 3.

A group of researchers has come forward with an invention reminiscent of Ignac Semmelweis, a Hungarian 19th century physician, the early pioneer of antiseptic procedures. The device is able to show whether a surgeon has “scrubbed in” properly, or some bacteria have survived on his skin. The team is developing a niche medical device based on Ákos Lehotsky’s idea, and the company, led by Tamás Haidegger and Péter Róna, is a typical creative industry startup: in addition to medical and engineering challenges they must also comply with the contemporary design trends.

Áron Losonczi, the inventor of glass concrete and pixel concrete fought for ten years against those faking his product. He came forward with his transparent (translucent) concrete in 2002. More than ten years later, in the fall of 2013 the Munich based Boards of Appeal of the European Patent Office ruled that he was the rightful owner of the patent. The invention, which is currently regarded as a luxury building material, has been used in two stores of Montblanc, a stationery supply manufacturing company. The stores in Tokyo and Kyoto have translucent wall covering illuminated from the back. The Hungarian company has also shipped two reception desks to the US based plane manufacturer, Boeing. In Hungary the gate to the Cella Septichora Visitor Center exhibiting ancient Christian tombs (Pécs, southern Hungary) and the so called Europe Gate near the Monostor fortress were made using light transmitting concrete. In Budapest the reception desk at the new campus of Corvinus University, the teacher’s podium of the large lecture hall, as well as the space dividing wall at Europe Point in Millenaris Park were manufactured from pixel concrete.

Hungary can be the fourth nation to land a space device, a moon rover named Puli after a Hungarian dog breed, on the Moon. Physicist Tibor Pacher, head of the development team sees a business opportunity too in the successful completion of the mission. Development of the space-grade version of the model will be completed in the near future, and will be followed by the manufacturing of the real thing. If all goes to plan, Puli can embark on conquering the Moon in the fall of 2015. Incentive to the job can be provided by the successful participation of the team in the Google Lunar XPRIZE competition. By the closure of entries in December 2010 as many as 29 teams had registered, 18 of which, including the Hungarian Puli, are still competing. The USD 20 million grand prize will be awarded to the first team to build a robot that successfully lands on the lunar surface, travels 500 meters and transmits videos and images back to Earth.