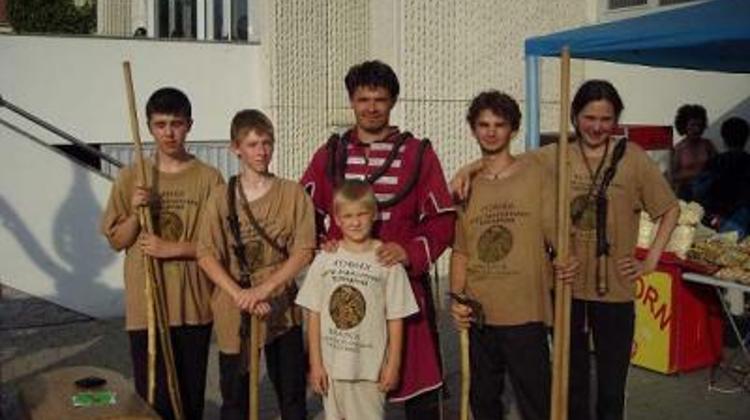 The great Hungarian traditional martial art of Baranta has been around for more than 1300 years. Hungarian heritage Baranta is the transfusion of social structure and intellectual elements and it is accompanied by great consistency through the organic Hungarian culture. The word Baranta means competition with weapons; challenge and training for a fight or a battle.

Though the so-called Baranta skills were restricted by different laws, orders and local regulations for 500 years, the martial art is based on all the movements from the Hungarian body-culture of fighting and battle techniques throughout Hungarian history and has been continuously developing.

Baranta exhibits a wide dimension of fighting styles. The martial art is rich in armament and includes traditional long-range weapons and hand-to-hand combat as well as individual fights and military leadership with organisational and leader knowledge of communities.

Infantry and cavalry constitute Baranta’s two branches. Both branches meet to compete in unique competitions using bow, sabre, short and long sticks, fustély (another type of stick), spear, lance, axe, shield, battle axe, longwhip, throwing star, and knife as weapons. In the case of hand-to-hand combat, fighters get involved in cultical wrestling or fight wrestling including kicks and punches called böllön. Cavalry competitions feature cooperation with horses controlled with no equipment at all.

The centre of the Baranta Association in Upper Hungary - the Baranta Valley and Research Centre - is considered to be the heart of Baranta activity in the Carpathian Basin. The valley hosts a place to live according to the Hungarian traditions.

People in the valley are constantly working to preserve the traditional Hungarian heritage flora and fauna. The valley also offers accommodation facilities equipped with showers and toilets.

More info in Hungarian can be found here

Hungary To Host Its First Martial Arts Expo On 25 May