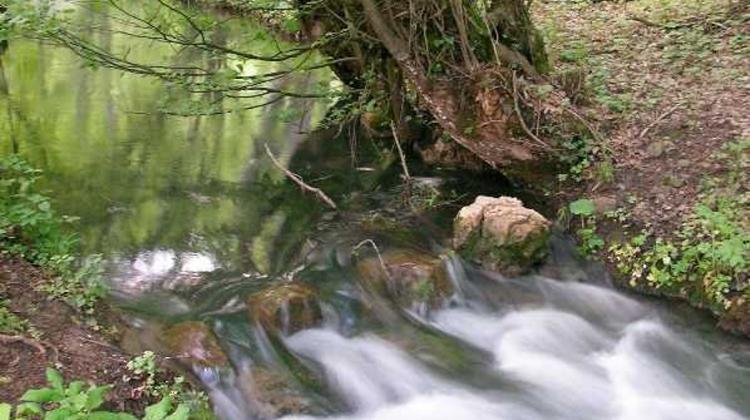 Expats may live in Hungary for years without ever venturing further beyond Budapest than Szentendre. The ruin pubs and the Danube Bend certainly have their attractions, and it is sometimes difficult to remember that there is more to the country, especially in terms of natural beauty. One of these easily accessible gems is Aggtelek National Park.

Aggtelek National Park is the only national park in Hungary established in order to first and foremost protect inanimate natural assets - karst formations and caves. The conservation of the territory began in 1978 when it was declared a "nature reserve," and in 1985 it was recognised as a national park.

The Caves of the Aggtelek Karst and the Slovak Karst were declared a World Heritage Site by UNESCO in 1995. The surface disguises some 1200 caves, 280 of which can be found on the Hungarian side. The total territory of the national park is more than 20000 hectares (77 square miles). It has also been a designated Ramsar Convention Site for the protection of wetlands and waterfowl.

The emblematic Baradla Cave stretches all the way across the border to Slovakia. The total length of the Baradla-Domica Cave System measures 25 km (15.5 miles), of which a 5.3 km (3.3 mile) long section is lying on the Slovakian side. Due to its length, activity and richness in cave formations, the Baradla Cave is undisputedly the most remarkable cave not only in Hungary, but also in this entire temperate zone.

Up until the last century, it held the status of the second longest cave in the world. Although its rating has diminished in the following decades, it still unquestionably remains among the top caves worldwide. The Imre Vass Cave, Béke Cave and the Rákóczi Cave with its two subterranean lakes are also open for daily tours.

The Baradla Cave is suitable for all ages, but there is an age minimum for some of the other tours because of the steep iron ladders and sometimes difficult terrain. Since the subterranean temperature is 10°C (50°F) year-round, an underground adventure is a perfect summer family activity. Daily cave tour times here.

If you are seeking more of a challenge, there are several extreme tours on offer in the Meteor, Kossuth and Béke Caves, as well as a 7-hour expedition through the Baradla Cave.

Occasional musical events are also held in the Baradla Cave’s underground concert hall. The Choir Festival is regularly held in late May, and saxophonist/pan piper St. Martin fills the 1000 seat capacity hall every summer. St. Martin will take advantage of the cavern’s amazing acoustics this year on July 26th.

Guided and Self-Guided Tours and Hikes

Besides the cave tours, guided tours (“eco-,” zoological, and botanical tours) are offered in the national park, both through picturesque villages and the forest and hills. Of course, you can always explore on your own along one of several self-guided nature trails. Regular interactive environmental education courses are held for children of all ages, as well as special tours organised in honour of World Water Day, World Animal Day, World Meteorology Day, Earth Day and other significant environmental milestones on the calendar.

Aggtelek National Park is Hungary’s national breeding centre for the hucul horse. The breed originates in the Carpathians, and is genetically similar to ancient wild horses and the horses from the time of the Hungarian conquest in the mid- to late-10th century. The Manor House Hucul Riding Centre offers a range of activities, including riding lessons for children, trekking, horse and carriage tours and the shadow ranger tour. Full list of horse-related programmes here.

The annual International Hucul Horse Races and International Farrier Competition every August (August 23-24, 2014) is not to be missed. The Park currently maintains a herd of over 200 horses, and can be visited year round in the pasture about 1 km from Jósvafő.

Prefer wheels or boats? Bring your own bike or rent one from the mountain bike fleet and explore the Aggtelek and Slovak karst following the several bike routes. Or participate in the annual 75 km (47 mile) cycle tour between the Bükk and Aggtelek National Parks. Canoe trips can be made in the Bodrogzug, where the Bodrog and Tisza Rivers meet. This landscape is unique in Hungary for being the only area that still experiences regular flooding. Consequently, many of the area’s natural treasures have been undisturbed, and in 1989 the Tokaj-Bodrogzug Nature Reserve won RAMSAR site status for its extensive waterfowl habitats. The Bodrogzug is one of the finest canoeing areas in the country.

The fire salamander of course is the symbol of Aggtelek National Park, but the Park is also the number one habitat for large carnivores in Hungary. The proximity of the Carpathians, and ecological corridors allowing for unhindered passage into the country has meant the return of a number of otherwise thought to be extinct species such as lynx and wolf. Invertebrates deserve special mention, in particular the presence of different bat species. Species found only rarely in Hungary, or even Europe, have made their habitats in the Park. For example: the Greater Noctule Bat (Nyctalus lasiopterus) or Schreibers' Long-Fingered Bat (Miniopterus schreibersii).

Bird watchers will not be disappointed either. Among the raptors, there are populations of Lesser Spotted Eagle (Aqulia pomarina), Eastern Imperial Eagle (Aquila heliaca) and the Saker Falcon. Conditions are also favourable for the European Honey Buzzard (Pernis apivorus), whose numbers while not great, are stable. One may also spot the Short-Toed Snake Eagle (Cicraetus gallicus).

A variety of protected insects are represented among the fauna. For example, the Carabus zawadszkii beetle. There are approximately 2000 types of butterflies alone, some of which are protected or on the endangered list.

See the spring orchids on the Fragile Beauties Tour in May/June, or floating sphagnum moss rarities such as the round-leaved sundew (Drosera rotundifolia) and hare’s tail cotton grass (Eriophorum vaginatum) near the protected Kelemér Peat Bogs and Mossy Lakes.

Aggtelek National Park is generously studded with castles, palaces, manor houses, forts, village museums, the MagtArt Arts Granary (nature art exhibitions), medieval monasteries and churches and other historical and cultural treasures. Within the territory of Aggtelek National Park, and with the exception of Szád Castle, the 14th c. Pauline Monastery in Martonyi is the most significant medieval building, and a monument of national importance.

The newest renovated castles are the L’Huillier–Coburg Palace in Edelény, one of Hungary’s largest and most magnificent baroque palaces; and Boldogkő Castle with its stunning panoramic view from atop its mountain. The Guinness Book of World Records holding Largest Book in the World, as well as an interesting Guttenberg Exhibition can be seen in the village of Szinpetri.

Events this week include the Awakening along the Tisza River in the Tokaj-Bodrogzug Nature Reserve. For two weeks every year in mid-June a magical explosion of life occurs when the Tisza mayfly (Palingenia longicauda) explores its short life. It is the largest mayfly species in Europe, measuring 12 cm (5 in) from head to tail. Unlike most mayflies, adults never leave the water; but constantly touch or sweep the surface. The slow-moving river and absence of surface-feeding fish help make this possible. The presence of the Tisza mayfly is an indicator of clean water. This year, the event is likely to begin on June 6.