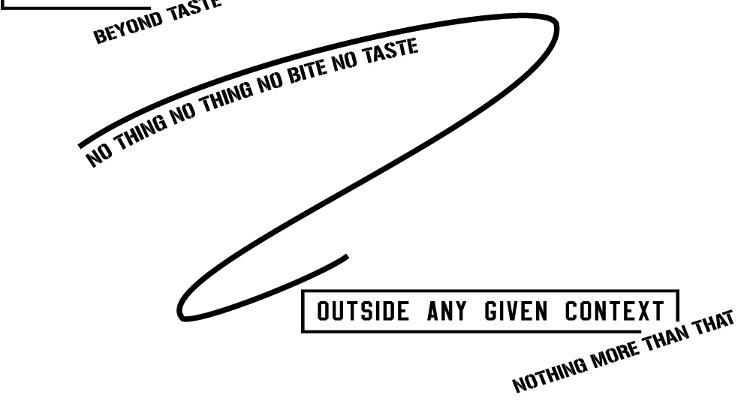 The Budapest Art Factory (BAF) is pleased to present “Thai Salad” a project by Lucie Fontaine. The project will take place in Budapest in May, June and July 2014.

Budapest Art Factory is pleased to present the upcoming presentation of the lecture series entitled Thai Salad, coordinated by Lucie Fontaine. Within this the next guest, Lisa Rosendahl, will talk about her current project. In addition, the studios of permanent artists: Eszter Csurka, Márta Kucsora, Dóra Juhász, Levente Herman and Sándor Szász will be open to the public through the evening.

The title of the Thai Salad project comes from the method of preparation of salads in Thai cuisine, which usually includes a quadrilateral taste consisting of four corners: hot, sweet, sour and salty. The title also echoes the legendary work by Rirkrit Tiravanija entitled pad thai (1990) which was presented at the Paula Allen Gallery in New York, in which he “rejected traditional art objects altogether and instead cooked and served food for exhibition visitors”.

Instead of cooking for the visitors of the Budapest Art Factory, Lucie Fontaine will offer four presentations by four different individuals, in deference to the four corners used in the preparation of a Thai salad. The individuals are: Daria D. Pervain, Áron Fenyvesi, Ory Dessau and Lisa Rosendahl.

Based in Stockholm, a curator at the Statens konstråd (Public Art Agency Sweden), Lisa Rosendahl has organized several projects analyzing the notion of authorship, signature and labor in the field of visual art. She will speak about her recent project with SUPERFLEX at Kunsthal Charlottenborg, as well as conceptual curating and analysis of authorship as forms of institutional critique.

She also made contributions to numerous artist monographs, catalogues, and co-edited the book Work, work, work– an Anthology of Art & Labour. She was rewarded with the 2007 CKM Curatorial Research Grant for the project Terms of Use, focusing on art and informational economy.

She has been investigating the link between art and the law which culminates in the on-going project called Offer & Exchange. In 2010 she was one of the curators of the Moderna Exhibition at Moderna Museet in Stockholm, and she is the co-curator of the exhibition SUPERFLEX retrospective – a value enhancing machine at Kunsthal Charlottenborg, Copenhagen.

Lucie Fontaine was born in 1982 in Colmar, where she currently lives and works. Together with her employees she invites artists to exhibit at her spaces in Milan and at the same time she exhibits her artworks, curates exhibitions, organizes lectures and edits books elsewhere. At present she is working on a project focusing on the Bitcoin system that will open on June 26 2014 at Eli Ping Frances Perkins in New York.

You can find more details about her here: www.luciefontaine.com