Fire Damages In Billions On Andrássy Avenue Building In Budapest 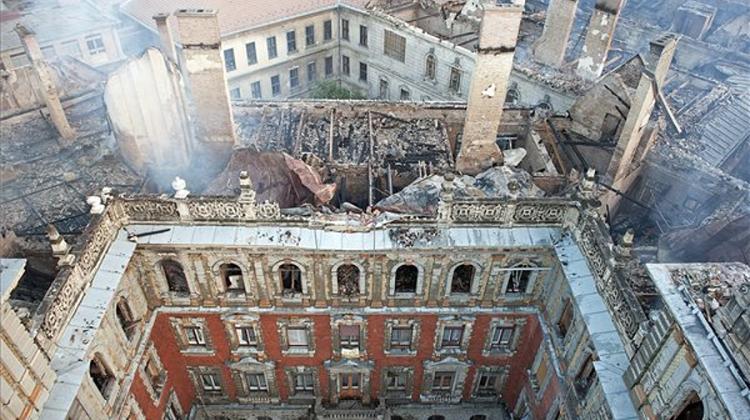 The two people who were arrested earlier in connection with a disastrous fire that broke out yesterday in one of the apartment buildings of Budapest’s prestigious Andrássy Avenue, were released, the district prosecutor said on Wednesday. The district prosecution found no substantive evidence that would have justified keeping the men in custody.

One of them is possibly no longer even a suspect, Bettina Bagoly, a spokeswoman for the Municipal Chief Prosecutor’s Office, said. The fire broke out on Tuesday evening and spread from the attic of one of the sumptuous apartment blocks on Andrássy Avenue, a World Heritage site. The fire has completely destroyed the roof and upper storey of the late-19th century building, police reported on their website.

Bálint Nagy, the architect in charge of later abandoned reconstruction plans of the building 10 years ago, told MTI that damage was caused not only by the fire but also by the water used to extinguish it. He assessed that repairs to the heritage-listed building would cost billions of forints.

Nagy also said the fire was able to spread so quickly because fire blocks had been removed at the roof level, which he doubted had been authorised. The two men so far considered as suspects were members of the reconstruction team working in the building and they were arrested still on Tuesday.

No residents were injured in the fire, but the building was evacuated. Fifteen policemen were taken to hospital with smoke poisoning, but have been released since.

Zsófia Hassay, the district mayor, said instant aid and temporary shelter would be extended to residents, who are not yet allowed to return to the building, as it was declared dangerous.