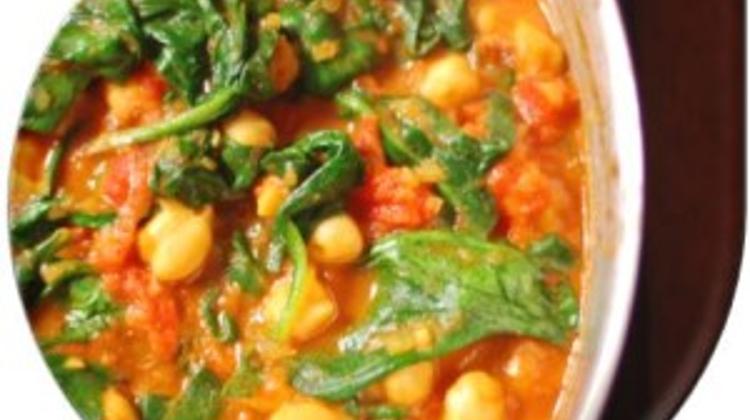 Good cooking shouldn’t mean hours in front of the stove. Spending over 30 minutes just to put together a sauce needed for your dish for an everyday meal is crazy especially after you’ve already put in a full day at work either at home or in the office. Here is an easy, yet wholesome and filling meal with lots of taste which you can throw together in less than 45 minutes of preparation and cooking time. There are such great flavors here tasters will think you slaved over a hot stove all day making it.

I stumbled across this recipe last winter looking for easy one-pot meals so there are less things to clean up afterwards and make enough to last more than one dinner.

The first attempt turned out quite tasty but I did make a slight mistake which lead to some burning on the bottom of the pot but with a simple modification to the recipe each time afterwards I just nailed it.

This dish is almost impossible to get wrong and start to finish, including cleaning, shouldn’t take more than 45 minutes if you work efficiently.

Although I am making this in the pressure cooker, you really should get one for since it’s a huge time saver and easy on your energy bills, but you could easily adapt it to for a dutch oven or large pot.

At home we call this Chick-chick masala

In your cooking vessel, I use a 6L pressure cooker, set heat to medium-high and melt butter. Once butter has started to bubble add your onion, ginger, and garlic. The goal is to brown the aromatics, which brings out their natural sweetness. After 5-8 minutes they should have begun to brown and smell great.

Throw in your dried spices, and stir them into the aromatics mixture. Once they hit the fat of the butter and the heat, their flavor will intensify and bloom. Stir for a few minutes to incorporate and all the spices to release their natural oils.

Add your crushed, or puréed, tomatoes to the pot. If using fresh spinach, add now and allow to wilt by adding to the pot and covering for a few minutes until it’s soft and stirrable. If using frozen spinach, add to the pot, stirring occasionally while incorporating — turn up heat to make up for the loss of temperature. Once it’s either melted in or wilted add chickpeas. Add 1/2 of your lemon juice.

Now lay your chicken pieces on top of the mixture and check to make sure there is enough liquid for the pot to come to pressure (if you’re not using a pressure cooker this step is not necessary). In a pressure cooker you need to have enough liquid to allow for steam. If the current mixture is a very thick ‘stew’, add at least a ½ cup of water to thin it out a bit. This will also help it from burning on the bottom. Now cover and bring to pressure and drop heat to the lowest needed to keep the pressure. Cook for 13 minutes then remove from heat. Allow pressure to naturally release before taking off pressure lid.

After pressure has been released from the pressure cooker, remove the lid and remove chicken pieces. If the liquid appears very runny, like soup, leave on a low heat and allow to thicken either by time or using a thickening agent. If you have cooked breast meat, once it’s cool enough to touch, either shred or dice the meat and return to the pot. Add remaining lemon juice to mixture and stir as well as the sour cream

Spoon rice into a bowl and cover with mixture. Feel free to garnish with sour cream, cilantro, and salt to taste.

Chickpeas, or garbanzo beans, are packed full of fiber, both soluble and insoluble dietary fiber. Soluble fiber forms a gel-like substance in the digestive tract that snares bile (which contains cholesterol) and ferries it out of the body.

Research studies have shown that insoluble fiber not only helps to increase stool bulk and prevent constipation, but also helps prevent digestive disorders.

Regular intake of Chickpeas can lower LDL (bad) and total cholesterol. Garbanzos contain the significant amounts of folate and magnesium. Studies have found chickpeas lower the risk of heart attack

Spinach is one of the best sources of dietary potassium, weighing in at 839mg per cup (cooked). To compare, one cup of banana has about 539mg of potassium.

Cooking with ground cumin can help prevent iron deficiency, since each teaspoon provides 4 milligrams of iron, or 22 percent of the daily value.

For centuries, various cultures have used spices to improve the flavor of foods and to prevent bacterial growth, according to the “Cornell Chronicle.” Ground cumin is among the more potent spices for killing bacteria in foods, such as meat. Nations with hot climates, such as India, traditionally use more spices in their foods, presumably to reduce spoilage.

Scientists have had a hunch for some time that cilantro hating might be partly inherited. But now a genetic survey of nearly 30,000 people has given us a definitive answer: hating cilantro is hard-wired into your genes.

Ginger contains some of the most potent anti-inflammatory fighting substances known and is a natural powerful painkiller.