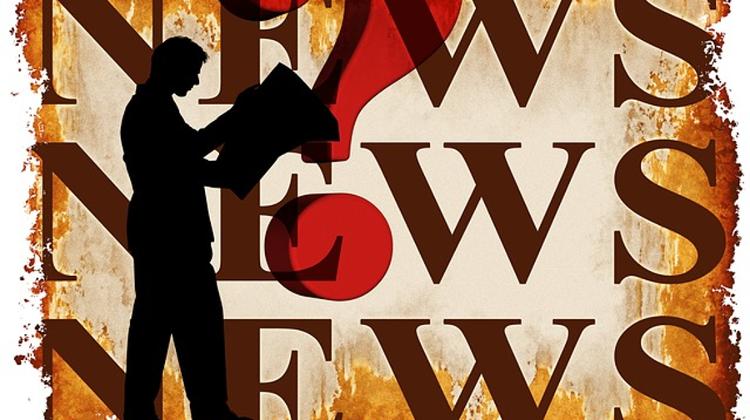 On Thursday, the Ministry of Foreign Affairs published the document they had received on November 6th from the US Embassy with information on the background of the entry ban imposed on Hungarian personalities.

The document describes how the US Embassy discussed corruption allegations with Hungarian officials over the past year, but the Embassy’s “requests for appropriate action yielded no results of official response”. The cases mentioned include the tobacco shop concessions  and large-scale VAT-fraud schemes.

The Hungarian Foreign Ministry said that the document contains no substantive information on specific cases or names of allegedly corrupt officials on the basis of which an investigation could be launched. In his regular by-weekly Friday radio interview PM Orbán remarked that the document “is a scrap of paper” with no official stamp on it.

He added that if “a Hungarian diplomat sent such a piece of paper to a foreign government, I would be compelled to dismiss him immediately”. PM Orbán also noted dismissing the president of the Tax authority on the basis of unsubstantiated accusations would create a bad precedent. “I do not dare to accuse the US of vilifying the citizens of its allies in order to protect its sheer economic interests,” PM Orbán stated. He reiterated that the Hungarian government does not tolerate corruption.

In a letter to US Chargé d’Affaires Andre Goodfriend on the same day, Chief Public Prosecutor Péter Polt asked for information on the alleged corruption cases.

The pro-government Civil Alliance (CÖF) NGO announced that it filed a complaint against unknowns for covering up corruption. Civil Alliance said that under Hungarian law, it is a crime to withhold information on corruption. Reacting to the news, Andre Goodfriend tweeted that “the Vienna Convention (on diplomatic immunity) always makes good reading”.

Népszabadság in a front page editorial dismisses PM Orbán’s claim that the document cannot be taken seriously. The leading left-wing daily argues that since the US Embassy informed the Hungarian government about corruption complaints last year, US criticism cannot be considered as retaliation for Hungary’s recent “eastern opening”.

Népszabadság accuses the government of “institutionalized corruption” penalizing foreign firms, which, according to the left-wing daily, will lower revenues and thus necessitate further tax hikes.

In Heti Világgazdaság, László Seres finds it peculiar that the Hungarian government ignores US corruption accusations on the basis of formalities. The libertarian commentator believes that similarly to third world countries, in Hungary’s public officials are active part of institutionalized corruption.

The government seems to have misunderstood the document, Zsófia Mihancsik writes on Galamus. The left-wing commentator points out that the US Embassy cannot be expected to investigate corruption in hungary. The main question will be if the government will be successful in downplaying the importance of the accusations, which, Mihancsik adds, have been discussed in the Hungarian media for years “without any consequences”.

Our sovereignty is at stake, Gyula Máté T. comments in Magyar Hírlap. The pro-government columnist suspects that the US wants to pressure Hungary into submission in defense of American business interests. Máté believes that the US accuses Hungary of corruption because of the Orbán government’s decision to construct the South Stream pipeline and involve Russia in the Paks nuclear power station project.

Outside its own territory, the US does not respect the rule of law if its strategic interests are at stake: “outside the US there is a Wild West and a Wild East where brute power rules”.