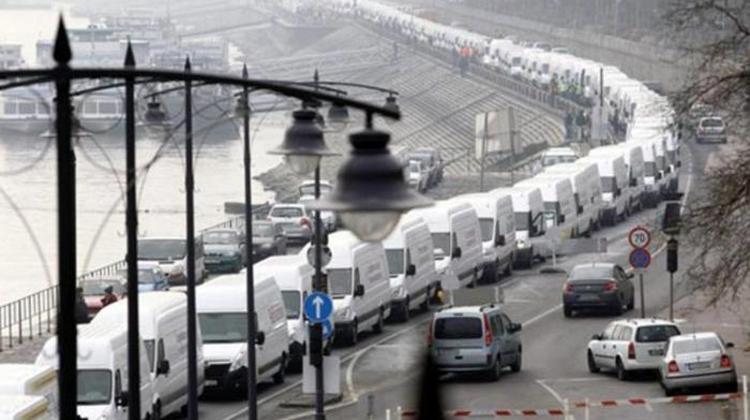 On Thursday the Budapest Regional Court upheld a police decision prohibiting the obstruction of roads within Budapest and elsewhere in the country planned by Zoltán Büki for March 1. The civil activist plans to turn to the European Court of Human Rights in Strasbourg. In the meantime, Büki and fellow organizers are modifying some of the locations and shortening the duration of the planned action from two weeks to 1-3 days.

Zoltán Büki called at the beginning of January for a countrywide road blockade on March 1 in response to the requirement that motorists pay for the privilege of using certain segments of the M0 and connecting roads. The Budapest police (BRFK) have banned the planned blockade in Budapest on the grounds that it would limit people’s right to move freely.

Police elsewhere have done the same with regard to the Megyeri bridge, the northernmost of Budapest’s eight Danube bridges, and the location designated in Balassagyarmat. Büki said the countrywide blockade will be held regardless of the police decision.

BRFK has forbidden road closures in locations that cannot be bypassed via alternative roads on the grounds that this represents a limitation on people’s right to move freely. Büki says this is not true and the announced road blockages can be bypassed.

He claims the organizers have done everything required of them. They designated the detour routes, prepared plans and stated that if they notice traffic backing up which, in their opinion, is “disproportionate” then they will remove the blockade in question.

Büki’s lawyer announced Thursday evening that they plan to challenge the police decision by turning to the European Court of Human Rights in Strasbourg.

The civil activist wrote on his Facebook page Friday morning: “It’s an unfortunate fact that even theoretically independent courts are no longer impartial.” He believes the law, reguations and internationally recognized rights are being “trod in the mud.” “[Hungarian Prime Minister Viktor] Orbán is building a communist regime with all of its dictatorial elements,” wrote the protest organizer.

The law on assembly says a demonstation can only be banned in a given location if communications cannot be ensured via an alternative route. Furthermore, the right of assembly trumps the right to move freely, according to constitutional lawyer György Kolláth.