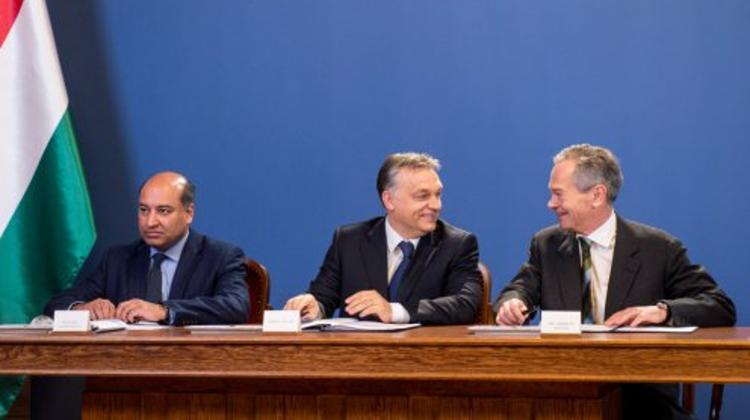 Conservative pundits welcome the government’s decision to temporarily invest in ERSTE Bank Hungary and pledge to take out the surplus bank tax. This, they believe, will help consolidate the banking sector and boost lending. A left-wing commentator doubts that the government will fulfil its promises.

On Monday, Hungarian Prime Minister Orbán and EBRD President Suma Chakrabarti announced that the Hungarian state and the EBRD will buy 15-15 per cent stakes each in ERSTE Bank Hungary.

The Prime Minister added that the surplus tax levied on banks will be lowered significantly from next year, so that by 2018 if Hungary achieves its pre-crisis growth rate, the surplus bank tax will be eliminated completely.

Mr Orbán also announced that within three years, the Hungarian government will sell all the stakes in retail banks which it has purchased recently.

As part of the agreement, the ESTE Bank leadership promised to announce new loan programs. Mihály Varga, Minister of National Economy, said that the price of the 15 per cent shares on offer will be set in May after a thorough audit of ERSTE Bank Hungary.

Magyar Hírlap’s Csaba Szajlai welcomes the deal and underlines that national ownership in the retail banking sector is only temporary. The conservative economist believes that the Hungarian government is not interested in establishing a long-term presence in the banking sector, but rather wants to facilitate its smooth restructuring – similarly to the US government, which also purchased banks in the aftermath of the financial crisis.

It seems inevitable that the pre-crisis credit boom will not return, and in consequence the consolidation of the size of the banking sector will become necessary as well, Szajlai writes. He predicts that after the consolidation process there will be less banks, but they will stand on a firmer financial footing and will be more active in lending.

Szajlai is also confident that the announced cut in the bank tax will further boost investors’ confidence and the willingness of banks to offer even more favourable loans which will help faster economic growth.

In Népszava, Miklós Bonta doubts that the bank tax will indeed be cut as promised by PM Orbán. The left-wing columnist recalls that the government in 2011 agreed with the Hungarian Banking Association that the surplus tax levied on banks would be lowered and then taken out by 2014, but in the end the tax remained unchanged. Bonta fears that the same fate awaits the tax cut announced on Monday.

Low deficit and the improving balance of the Hungarian state budget allows for lowering the bank tax, Gergely Kiss writes in Magyar Nemzet. The conservative columnist points out that somewhat higher state revenues and fast economic growth stabilized the budget’s balance sheet, and the deficit will continue to remain low even if banks pay lower taxes.

Kiss believes that the announcement of bank tax cuts and the intention to sell state interests in retail banks together send a very strong message to investors. The announced plans suggest that the Orbán government will not increase the burden on banks, Kiss contends.