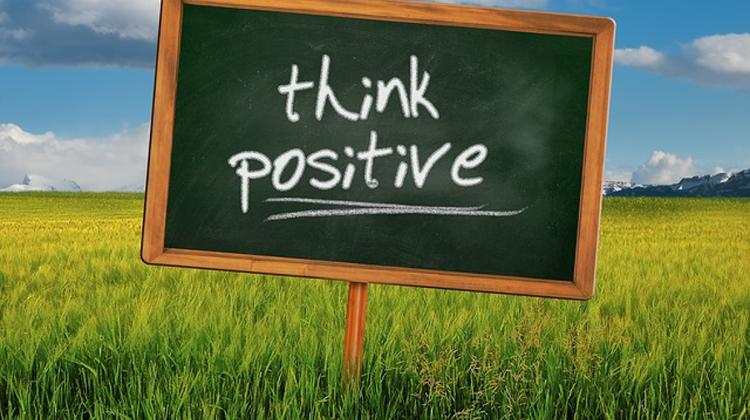 Hungarian executives are optimistic about the next 12 months, and are keeping a vigilant eye on Berlin.<br> “Sentiment among Hungarian chief executives reflects the global trend; confidence in global growth is waning, while their expectations of their own corporate earnings are slightly more optimistic”, said Nick Kós, CEO of PricewaterhouseCoopers (PwC) Hungary in response to our enquiry.

Following economic growth of 3.5% last year, a slowdown can be expected, and despite growing risks and global challenges, half of the Hungarian executives surveyed are confident that their companies will boost their revenues in the upcoming 12 months, as opposed to last year’s 43%.

Another 32% are very optimistic, compared to only 29% last year. If we factor in the deflation affecting certain markets within the European Union, which has filtered in the Hungarian economy, hopes of a pickup in earnings is synonymous with a perceptible upswing in output and services.

The preliminary survey was entitled “Optimism and Self-confidence”, identifying a definite turnaround after years of post-crisis gloominess and pessimism. Last year’s expectations formulated by executives more or less materialized, confirmed by the latest survey.

Two thirds of respondents now feel that their business has been doing better over the past 12 months, while 17% reported stagnation.

This result is a clear improvement over 2013 and far outperforms 2012, when only 40% of respondents reported an improvement and 29% reported deteriorating performance. “The interviews confirmed that we can maintain our conclusions drawn last year, i.e. that Hungarian CEOs have found the way forward and are no longer waiting for external help, instead confidently seeking out new markets and customers”, commented Nick Kós.

Executives are even more optimistic regarding potential performance in the distant future: 86% are hopeful or very hopeful that their business will increase its revenue within three years. This is a slight improvement over last year, and is far more optimistic compared to 2012’s 71%. One might think that at the time, it was clear that there was no way but up.

Regarding the present, the medium-term expectations of Hungarian executives unsurprisingly fall short of the PwC global survey’s “optimism indicator”: 44% of the CEOs interviewed worldwide feel that their business will thrive in terms of revenues in the three years to come, and 49% are very confident in this outcome. In other words, the score of the optimism match between the global scene and Hungary is 93:86.

Hungary was right on par with the CEE regional average. A quote from American writer David Levithan’s novel: Every Day aptly describes the fluctuating opinions of recent years: “The hope tinged with doubt, and the doubt tinged with hope.” Both are widely prevalent in this day and age.

The question “Which three countries would you consider the most important in the upcoming 12 months in terms of the growth prospects of your company?” attempted to gauge the order of importance of Hungarian firms’ partner countries. Germany tops this list as per usual, followed by Romania as the sound runner-up, far ahead of Poland, which managed to weather the global crisis without sliding into recession and Austria, which also proved resilient.

The latter two were outstripped just last year by Slovakia, Russia and China, respectively fifth, sixth and ninth this year. The downward slide of the PR of China, which ranked fifth last year, is even more conspicuous considering its global economic preponderance and the strengthening economic ties between Hungary and China.

Fifty four percent of respondents see more growth prospects for their company compared to three years earlier. Above-average optimism characterizes the financial sector and the media and entertainment industry, despite the threats facing both areas.

The PwC survey was conducted prior to the agreement reached between the Hungarian government and the European Bank for Reconstruction and Development on the gradual tapering off of the banking sector tax, on nondiscrimination, and the selling off of state holdings in major commercial banks in the three years to come, amongst other things, which may foster a fundamental improvement in the business environment. Likewise, at the time, the media sector had no idea of what the future would hold in terms of the advertising tax, so that did not dampen the mood of CEOs.

Meanwhile, pessimism reigns supreme in the energy and the public utility sector, with both sectors facing extra sectoral taxes. As somewhat of a surprise, only one-third of respondents in one of Hungary’s most developed industrial regions in the agglomeration of Győr deemed that prospects are better now compared to 2012.

Last year saw a remarkable rise in employment and a decline in unemployment, nevertheless the overall picture is mixed, as the figures include rising employment of community workers (workfare program) and the tens of thousands of migrant Hungarians working abroad.

On a similar note, a pickup was registered in the business sector, as attested to by the CEO survey. The willingness to hire new labor has, however, somewhat leveled off at present. Forty-two percent of respondent CEOs saw a chance of hiring new workers in the upcoming 12 months, 3 percentage points less than in the previous survey. (According to the global survey, one out of two executives is gearing up to expand their workforce.)

Eighteen percent of respondents are expecting to lay off workers, compared to just 12% last year. Cost-cuts were in the pipeline or already completed for 62% of companies last year, and a quarter of firms outsourced processes or functions; four years ago, both of these cost-cutting measures were more prevalent than in 2014.