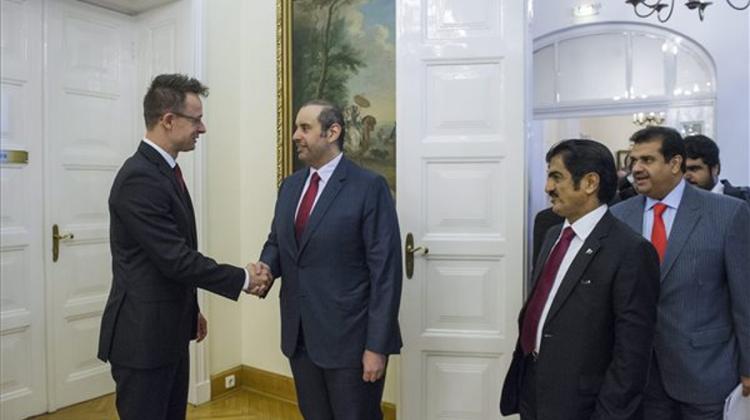 Hungary’s Foreign Minister Péter Szijjártó held talks with the Minister of Economy and Trade of Qatar Muhammad Al Thani in Budapest. The ministers discussed economic cooperation, including Hungary’s interests in bilateral investment and opportunities in the energy sector, the ministry said.

Energy security is a burning issue in central Europe at the moment and Hungary is looking into all options for diversification.

If the planned liquefied gas terminal is built in Croatia, Qatar, the world’s number one exporter of liquefied gas, could become a key player in central Europe’s energy supply, Szijjártó said. Qatar could also participate in financing the gas pipeline planned between Turkey and central Europe.

The ministers also discussed Hungary increasing its exports of livestock, vegetables and grain to Qatar.

Qatar houses a regional base of the United States Central Command and Szijjártó briefed the minister about Hungary’s decision to send troops to the Kurdistan region at the end of May to help the fight against Islamic State.