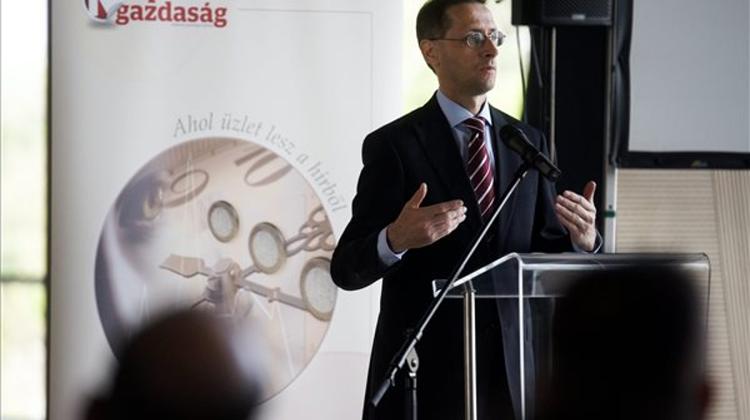 The major improvement in Hungary’s economic outlook has led to the emergence of the real estate market and construction sector from the doldrums, Economy Minister Mihály Varga told a conference. The construction sector can only add new real estate in places where there is confidence about the future of the economy, Varga told the conference organised by business daily Napi Gazdaság, adding that the government has succeeded in restoring the confidence of households and companies in the country’s economic prospects.

Varga said that higher incomes and help for loan debtors with foreign currency loans, as well the phasing out of such loans were reasons for the real estate market’s uptick in 2014 after five years of contraction.

The improvement was also helped by the positive outlook on the credit market and low interest rates, he added.

The number of permits issued for new home construction rose by 28% last year after a dramatic downturn, signalling a positive trend, Varga said.

The number of permits issued for new home construction rose by 44% to 2,381 in the first quarter of 2015, fresh data from the Central Statistics Office (KSH) show. New permits were issued for a total area of 260,200sqm, up 40%.

László Koji, deputy head of industry association EVOSZ, told public news television channel M1 that the data are definitely promising, even though the number of newly completed homes is low.

He pointed out that unless private individuals return to the market as customers, Hungary’s construction sector could lose its momentum.

Even with more favourable lending conditions or government measures, it could take at least 2-3 years until new home construction starts growing perceivably, with the number of new homes reaching 18,000-20,000, still well below pre-crisis levels, Koji said.

The number of permits issued for non-residential buildings fell by 24% to 867 in the period. They were for a useful area of 536,100sqm, 3% less than a year earlier.