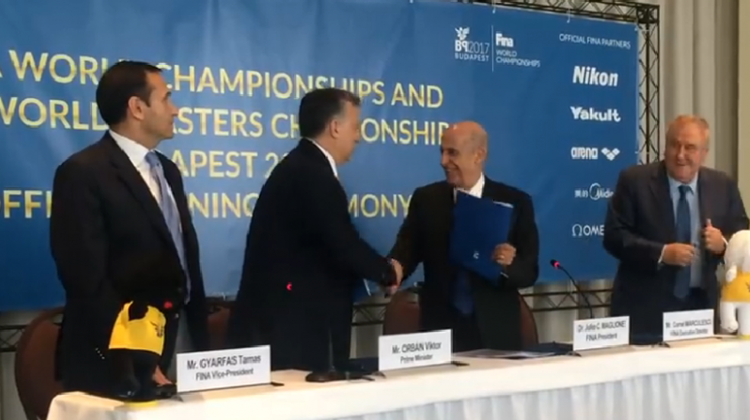 Hosting the 2017 FINA World Aquatics Championships could cost Hungary 49 billion forints (EUR 157m), though the budget would recover about 10 billion forints in the form of VAT, the government’s commissioner for priority investments in the capital said. Balázs Fürjes said the construction of an aquatics centre in the north of the capital that will serve as the event’s main venue would cost net 21.4 billion forints.

Planning is expected to cost net 1.5 billion forints, while net 14 billion forints is budgeted for the construction and dismantling of temporary structures and flood protection infrastructure, and net 1.8 billion forints has been set aside as a reserve.

Including VAT, the items add up to about 49 billion forints, he said.

FINA announced in March that it granted the right to host the event to Budapest, and an agreement was signed in April.

The event was originally planned to be held in Guadalajara in Mexico but the city pulled out in February for financial reasons.