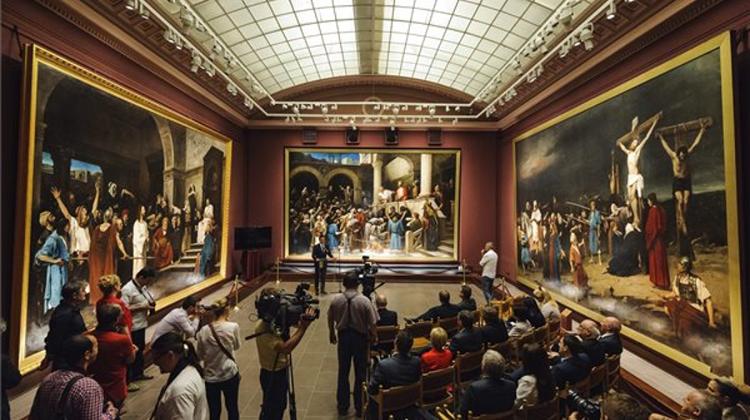 The National Bank of Hungary has said it is prepared to pay 6 million US dollars to acquire Mihály Munkácsy’s monumental painting “Golgotha”, deputy governor Ferenc Gerhardt told public television. Its Hungarian-born American owner, Imre Pákh, wants 9 million, however, he said. The painting is one of Munkácsy’s famous “Christ Trilogy”.

The state has owned “Ecce Homo!” for years and it recently acquired “Christ Before Pilate”, another of the three, from Canada’s Art Gallery of Hamilton for 5.7 million dollars, with funding from the central bank’s programme to buy national art treasures.

Gerhardt told public news channel M1 that the maximum amount the state could pay for the painting was determined based on three appraisals.

The three appraisers are all Hungarian and among the top experts in their field, he said, adding that Pákh insists that an American organisation as well as a wealthy Russian living in Switzerland have also signalled their interest in acquiring the painting.