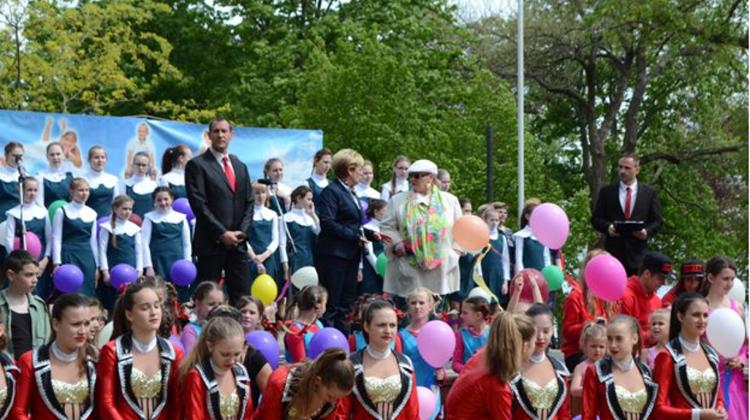 Around the Lake Balaton there are few resort cities and one of them Balatonfüred is located on its northern shore. The city is very charming for its pier, harbor and camping site. In addition to that, beautiful nature, mineral springs, spas, yachting and local wines make it a popular touristic destination. In easy access to the city, there are two more places to visit – Tihany village and Veszprém city. Apart from historical sightseeing, they both attract attention by design and exteriors of houses, which look like from fairy tales.

The main events of summer holiday season include a number of festivals as well as a ball for first-time visitors with a beauty contest.

One of them, ‘XV. Balaton Youth Art International Festival’, will be held on 4-8 July and will bring together art lovers of different ages and from all over the world. This annual international event celebrates its 15th anniversary this year, so the special jubilee program will be organized for this festival. It is conducted by a Creative Centre with the support of the city council, leading professionals in the field of culture and under the patronage of the city mayor.

The precedent event, ‘May games’ festival, took part on 1-4 May. It was small, but at the same time international and warm-hearted festival. Its participants were children and youth art groups, choirs, folk singers, modern dancing groups. The absolute winners were young artists came from the city of Yaroslavl, the Russian Federation.

They won prizes for ‘The Best Vocal’, ‘The Best Choir’ and ‘The Best Choirmaster’. Nevertheless, every performance was greeted warmly by citizens of Balatonfüred and its guests.

The opening speech was made by Lenke Hári, the vice mayor of the city: ‘We are grateful to all of you who came to the festival and to those who came as guests from other countries … Balatonfüred always embraces its guests with open arms’.