Szováta: A Tiny Hungarian Resort Town Nestled In The Heart Of Transylvania 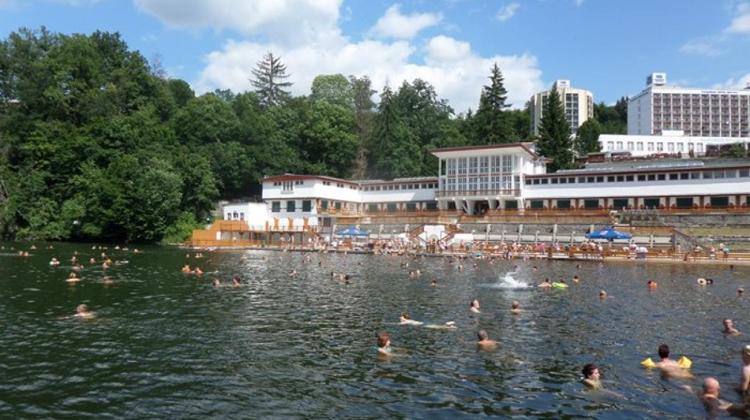 I had the chance to visit Szováta, a primarily Hungarian-speaking resort town located in Romania’s Transylvania region, which is an admittedly off-the-beaten track destination for nearly any tourist who isn’t either ethnic Hungarian or Romanian. Most famous for the thermal salt water Bear Lake, or Lacul Ursu/Medve tó, and for its cliffs made of solid salt, the area around the town also has a string of other warm water lakes, as well as a national park.

Starting in 1901, Szováta became a favoured spa town among Central European royalty, and Bear Lake, with its warm waters and some 66,000 tons of salt, is a truly unique ‘swimming’ experience…one that I can only really compare to floating in the Dead Sea.

Although in this case, you can enjoy a freshly-prepared Mics (Mititei), while you wait for the salt lake to open to swimmers, or — more appropriately — floaters.

Located in eastern Maros (Mures) county, 60 km from the town of Marosvásárhely (Târgu-Mureș), Szováta–where Hungarians comprise 89% of the population–is also a type of cultural “gateway” to the Hungarian-majority county of Hargita (Harghita), situated just a few kilometers to the east.

Author: Christopher Adam Christopher Adam received a B.A. in history from Concordia University, an M.A. in East/Central European and Russian-Area Studies from Carleton University and a PhD in history from the University of Ottawa. His research focuses on the history of the Hungarian diaspora during the postwar period. Christopher is the founding editor of the Hungarian Free Press, as well as the founder and editor-in-chief of the Kanadai Magyar Hírlap Hungarian-language paper, which won Hungary's 2015 Free Press (Szabad Sajtó) Award. Christopher resides in Ottawa, Canada.