Widen Your World, With Turkish Airlines 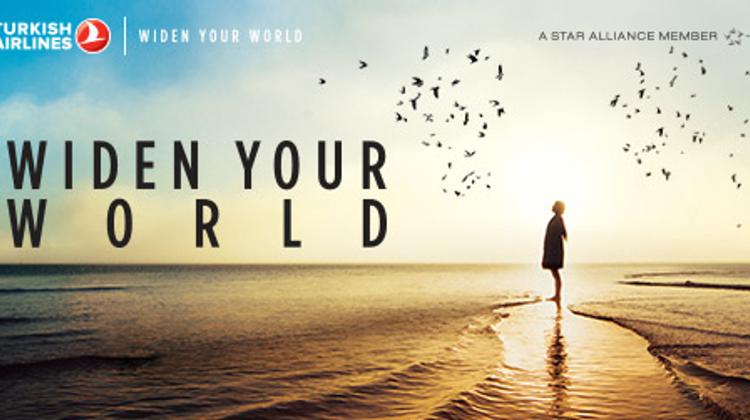 "We're for the Culturally Curious, who like us, are never satisfied, with the same old places and the same old routine and who celebrate what happens when different things come together to create the unexpected. Because we both know traveling this great big world is the first step toward changing it. So, whenever you're ready to seek that new opportunity, challenge a belief from a new perspective or land in a brand new world, we're ready to take you there."

Turkish Airlines will raise the number of its daily flights between Budapest and Istanbul-Atatürk Airport to four from July 3, the Ministry of Foreign Affairs disclosed on Wednesday.

The fourth flight will only be operated under the summer timetable, until October, for the moment, the ministry told MTI.

According to the Ministry, the number of air passengers between Turkey and Hungary has dynamically increased as a result of the government’s “Eastern Opening” policy and interest from Turkey, which necessitated the return to four flights daily between the two cities. The last, fourth flight will depart each day at 16 pm from Istanbul and at 18 pm from Budapest.

Turkish Airlines, the best in Europe for the last five years.

Turkish Airlines has been chosen ;