See What Happened @ Gift Of The Gab: Final Of The Finalists 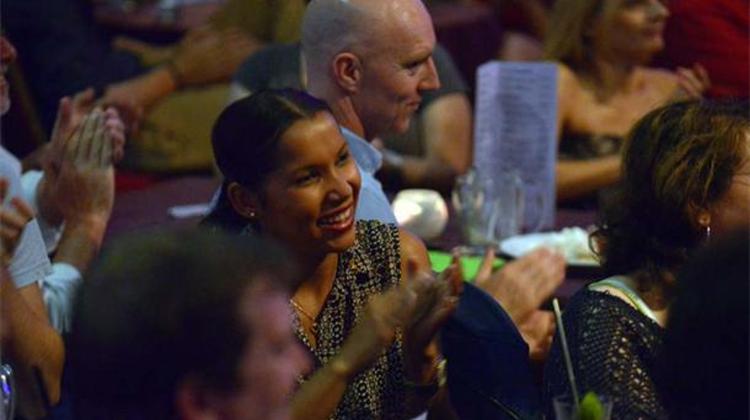 By Mary Murphy: The last drop of adrenaline has drained and life is back to normal, or as normal as it gets. Memories of Friday night still live on, where about 180 people gathered to see who in Budapest would win the coveted Gabber title as finalists from the five seasons met on stage at New Orleans in the Gift of the Gab Final of the Finalists.

Matty Ryan, our sacrificial speaker, eased us in to the night as he explained how the Irish have adapted the English language and made it more colourful, replacing the ever-so-awfully 'I'm an idiot' with 'I'm a right feckin' eejit'. 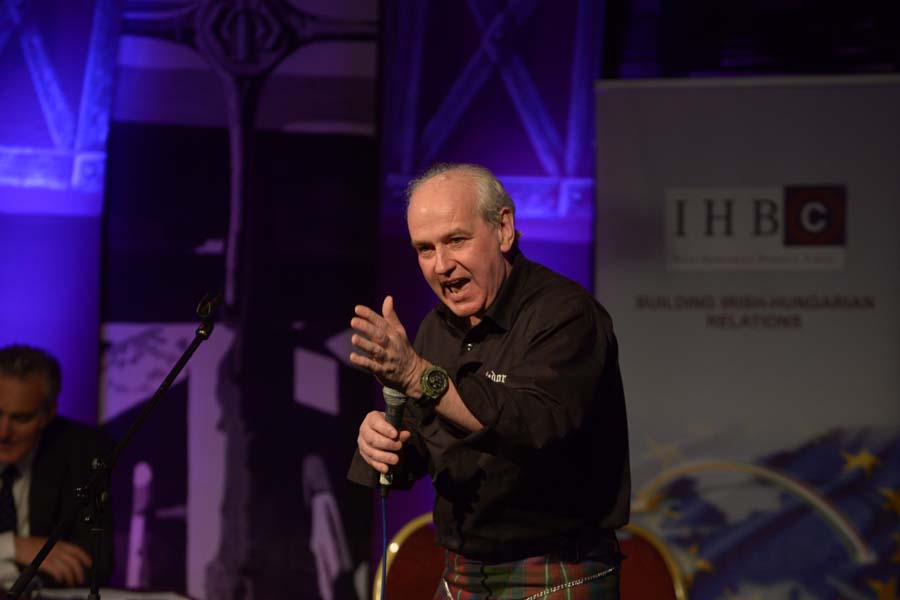 First up, Patrick McMenamin (winner of the 2012 GOTG), added a touch of style to the night by appearing in his kilt and taking us through his experience of the Hungarian Post Office. Yes, it's been done before, and memorably too, back in 2012, when Declan Hannigan did it justice. But Patrick brought his own twist to it, as he waxed nostalgically about brown knitted curtains. His road to the final saw him give two other prepared speeches, one on putting together an Ikea bed while under the influence and another on his manifesto were he to run for Mayor.

Second up, American Hans Peterson, who won the 2013 competition with a speech about his mother's success with Internet dating and a second that wove religion, mid-life crises, and Facebook together, declared his candidacy for US President. By his reckoning, America needs a ginger (rhyme with ringer) in the White House.

Next the 2014 winner, Hungarian Viktor Morandini, who got his place in the final on the back of two other prepared speeches - the perks of being dumped and the difficulties of putting on weight - shared my angst at not having an Irish competitor in the final and sought to reassure me that each of the five competitors had some Irish trait that would serve them well. And he had the phrase of the night - the best non-sport, non-naked time he'd spent - now if only I could remember what he was doing... 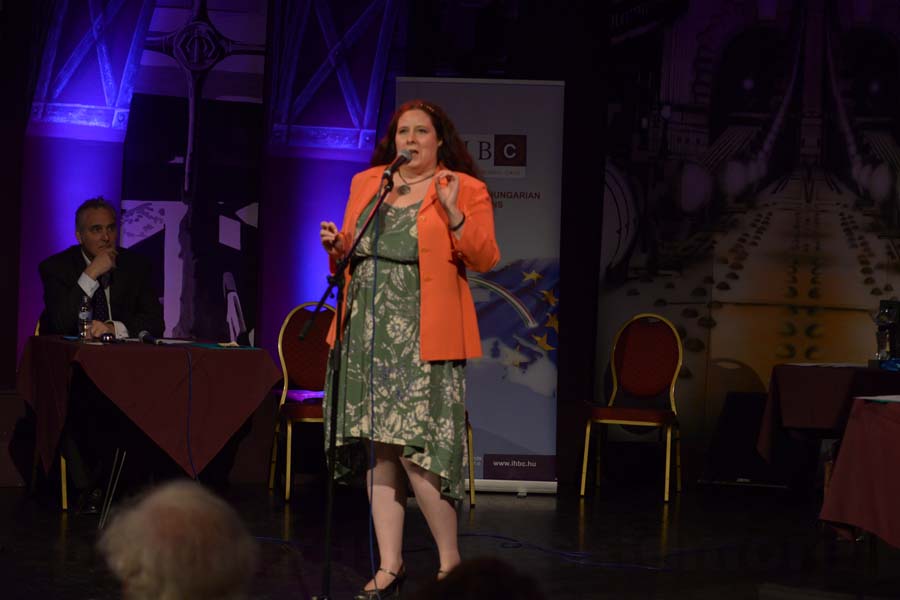 British/Hungarian Jennifer Walker talked about failure, even though as winner of the 2015 final, her road to Friday night was paved with successful speeches on expat drinking habits and travels in India. Her witty account of her attempt to complete a half-marathon and her realisation that she's a walker, not a runner resonated.

The man from England, Rupert Slade, came clean about his addiction to Facebook and how he detoxed on his honeymoon. In search of a cure, he asked us NOT to like his posts. This from the first ever finalist - Rupert won the opening round back in 2010 - whose two other prepared speeches included a dissection of How Are You in different languages and his classic opener - a speech made up entirely of song titles - which he sung!

The judges did their job and the title was there for the taking going into the impromptu round.

Hans picked two topics - Sharon Stone and the Significance of Insignificant Events. The audience voted and were treated to a reflective three minutes on the little things in life, those seemingly unimportant events and the impact they can have. His previous impromptus were travelling and getting used to new countries and doing the Harlem Shake with the latter clinching his place in the final of the finalists. 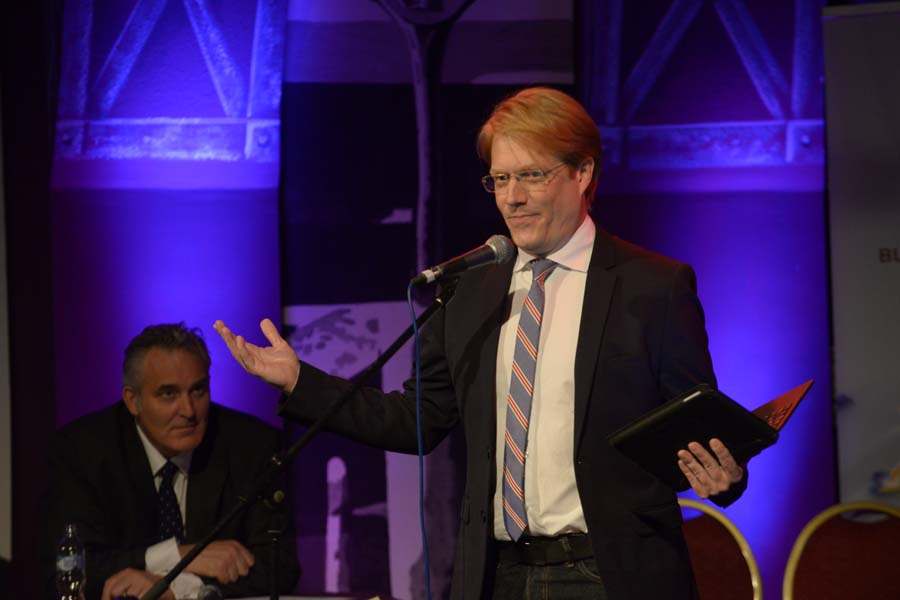 Jennifer also picked two - Noses and Cats. Yup - the audience certainly didn't lack imagination when it came to suggestions. The audience went for Noses - something a tad more difficult than Jennifer's previous experience with why I want to be a spider and the difference between push and pull and give and take. But back to noses - and what would Budapest be like if it didn't smell of eau d'piss in the summer...

Viktor, having previously imprompted (I know that's not a word) on teaching an onion how to talk and all good deeds have equal punishment, chose two topics as well. The audience went for the benefits of being drunk the whole time over thinking about gorillas in the zoo. And while we never did get to the benefits, we did get an introduction to beer orienteering :-)

Rupert was next and drew the short straw of the night. Faced with a choice of why carbonara is better than bolognese and Mary Murphy, the audience wanted him to dish out the dirt on me - but being the gentleman that he is, he found some restraint somewhere. Those who remember his winning first round impromptus - female menopause and why is bird shit black and white - perhaps wished he had gone for it and suffered the wrath. Me? I'm glad he didn't.

Last up, Patrick didn't go to the audience. He picked one topic and stuck with it - peas. And back in 2009, in the very first heat of the very first series, Mark Griffith picked the same subject. Talk about closure! The Scotsman who had previously pontificated on why girls hate football, what women want, and spa vs wellness, showed a mental dexterity that had the audience in knots. Cursed with a condition called elbinism, Patrick can't pronounces the letter L - so please is pease, etc. It was hilarious. 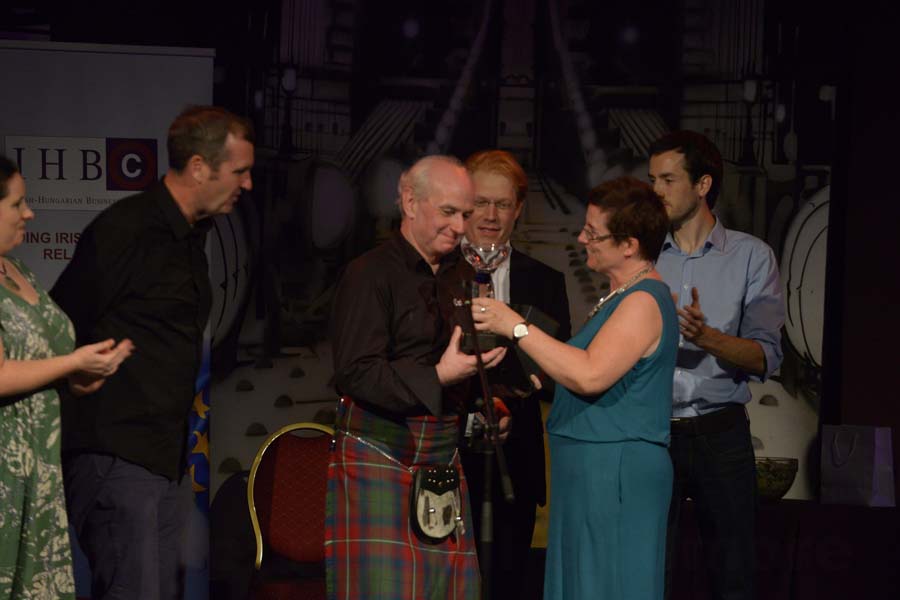 When the scores were tallied it was no surprise that Patrick won the night. After 5 seasons, 31 events, more than a 100 speakers, the Final of the Finalists marked the end of the Gift of the Gab. It has run its course. And as Jerry Seinfeld once said - quit while you're on top.

A massive thanks to the team who have made it all happen - Kath Griffiths, Ilona Miklos, Zsuzsanna Viszlay, Zsuzsa Bozo, Jeremy Wheeler, Steve Saracco, Stephen Collison, David Saddington and everyone else who has contributed to its success.

To the judges who have held up the green cards over the years and to the speakers who have put themselves on the line - a huge round of applause to you all.

And to the sponsors - those who gave to the raffle so that we could give, it wouldn't have been the same without out you: Embassy of Ireland; IHBC; Jack Doyle's; Iguana; Toscana; Little Britain; Messers Delaney, McDermott and Keenan; XpatLoop; Janus Hotels; Guinness (Liquid Gold); New Orleans; Celanese; Ringlow; Caledonia. Thank you.

And remember, the next work trip to the orphanage is in October - check the IHBC website for details and keep an eye on the GOTG Facebook page.