A Street In Budapest Has Been Named After Ángel Sanz-Briz, The Angel Of Budapest 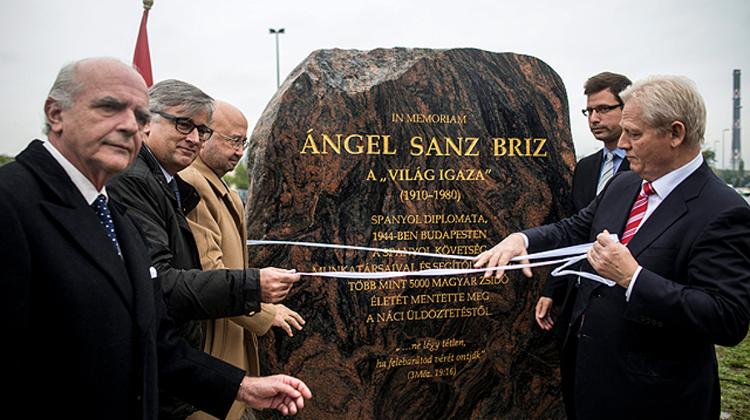 The street named after the Spanish saviour Ángel Sanz-Briz has been inaugurated in Budapest. As a diplomat, Sanz-Briz also known as the Angel of Budapest, saved more than 5000 Jews during the Second world War.

For Sanz Briz saving lives was the most important, and he had not asked or expected anything in exchange, said Mayor István Tarlós at the inauguration ceremony, implying that since Ángel Sanz Briz had not received clear guidelines from Madrid, practically he acted without permits, while not caring for his own safety and subordinating a significant part of his assets to this aim.

The mayor has called it the obligation of future generations to commemorate everyone rightly, “who back then did the right thing for Budapest, the citizens of Budapest, the whole country and the people”.

During World War II Ángel Sanz-Briz, the “Angel of Budapest” has served as chargé d’affaires in Budapest. Published Spanish diplomatic documents testify that he provided more than 5000 Jews with help by issuing Spanish passport for them, and thus saving them from the Holocaust. For his actions he has been recognized as the Righteous Among The Nations.

On 29th of April this year the General Assembly of Budapest has decided to pay tribute to the Angel of Budapest and rename the former Jégtörő utca to Ángel Sanz-Briz út.