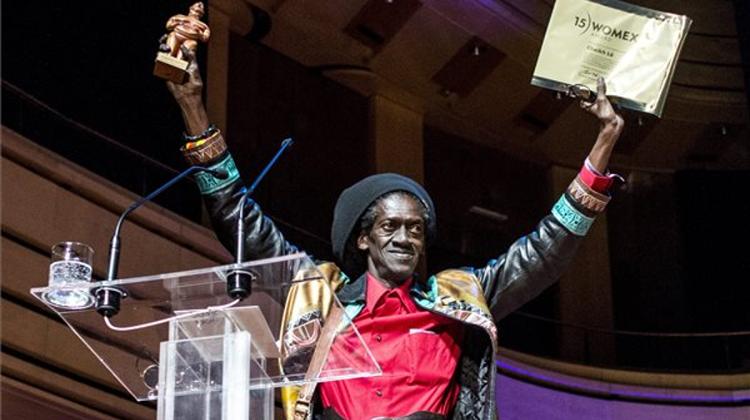 This year’s WOMEX world music festival wound up with an awards ceremony at the Palace of Arts in Budapest. The Artist Award went to Cheikh Lo, a Senegalese musician. The Professional Excellence Award was presented to Ramin Sadighi, a promoter of Iranian music through his label Hermes Records. Glitterbeat took the Label Award, for the second year in a row.

Frank Klaffs, managing director of Piranha Arts, the owner of WOMEX, said most of the musicians at the festival had played to full houses thanks to the work of local organiser Hangvető.

State and local government officials handed the WOMEX baton to representatives of Santiago de Compostela, the capital of the autonomous community of Galicia, in Spain, at celebrations over the weekend.

Santiago will host WOMEX in October of next year.

State secretary Bence Rétvári noted that Budapest was the first city in Central and Eastern Europe to host WOMEX.

“For five days, Budapest became the capital of world music, for which we are proud,” he said.

Some 2,500 foreigners from over 90 countries participated at this year’s WOMEX over five days.