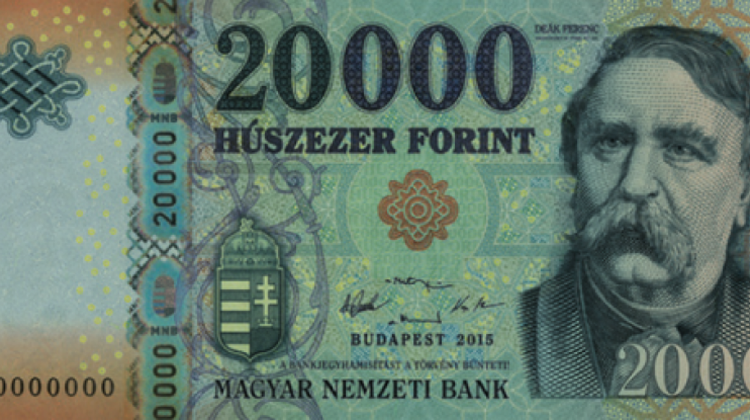 This Wednesday the National Bank of Hungary (MNB) released its new 20.000-forint banknotes. The change was previously announced in a decree published in late September in the Hungarian Official Journal. The colour of the banknote has changed a bit, turning into greenish-blue in the middle. Furthermore, the banknote has become protected by special fibers and safety threads.

The largest Hungarian banknote, worth of approximately 65 euros, however, has kept its size and the portrait of legendary 19th-century statesman Ferenc Deák (1803-1876) also remains on the front side. Ferenc Deák is remembered in Hungary as the “Wise Man of the Nation” due to his major political role in the creation of the Austro-Hungarian Monarchy in 1867.

The first 20.000-forint banknote was issued by MNB as far back as 15 April 2001, and it has changed only once so far when it was extended with an additional security layer in 2009.

Meanwhile ING Bank said that Hungary’s forint is the fourth least vulnerable to macroeconomic shocks of the 27 currencies in the bank’s spotlight, portfolio.hu reported. The forint’s macro vulnerability score given by ING is similar to the Swiss franc’s, slightly worse than the Czech koruna’s and slightly better than the Polish zloty’s, the Hungarian economic news portal said.