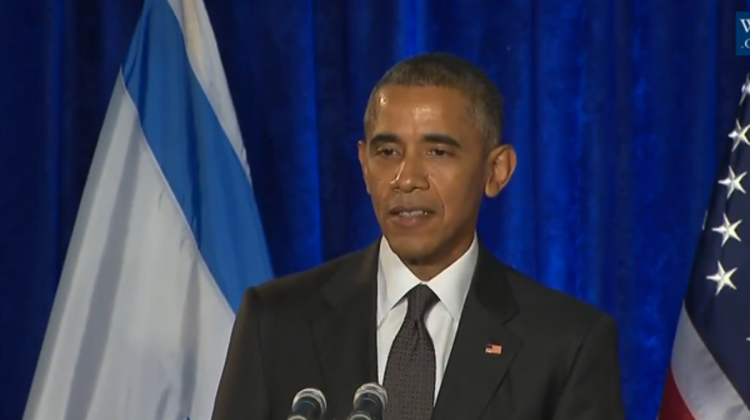 Pressure exerted by the US administration over the Homan statue hindered rather than helped settlement of the issue, the Prime Minister’s Press Office said in a statement on Thursday. US President Barack Obama’s speech on Thursday to mark international Holocaust Memorial Day included remarks about plans in Hungary to erect a statue in honour of Bálint Hóman, the drafter of WW2-era anti-Jewish laws.

Obama said: “[W]hen a statue of an anti-Semitic leader from World War Two was planned in Hungary, we led the charge to convince their government to reverse course … This was not a side note to our relations with Hungary, this was central to maintaining a good relationship with the United States, and we let them know”, Obama told a gathering at the Israeli embassy in Washington.

Generally speaking, foreign pressure only obstructs getting matters resolved. The Hungarian prime minister’s position is that the American government would have done better staying out of this.” Plans for the Homan monument elicited sharp protest both in Hungary and abroad, including Jewish organisations, US congressmen and diplomats.

After Orbán said the plans were incompatible with Hungary’s constitution in December last year the Hóman Foundation withdrew plans to erect the statue in Székesfehérvár, in western Hungary.

The opposition Socialists said they would submit a complaint to the media authority over the Hungarian News Agency MTI omitting from its initial report of the Obama speech the part referring to Hungary. The Socialists said MTI’s “continual censorship” was unacceptable and called on the news agency to stop this “unacceptable and senseless practice”.

MTVA, the media asset management company which provides MTI’s resources, issued a statement noting that MTI’s Washington correspondent sent in an article about the Obama speech based on a detailed report in The Washington Post which was based on the reporting of an AP correspondent from the site.