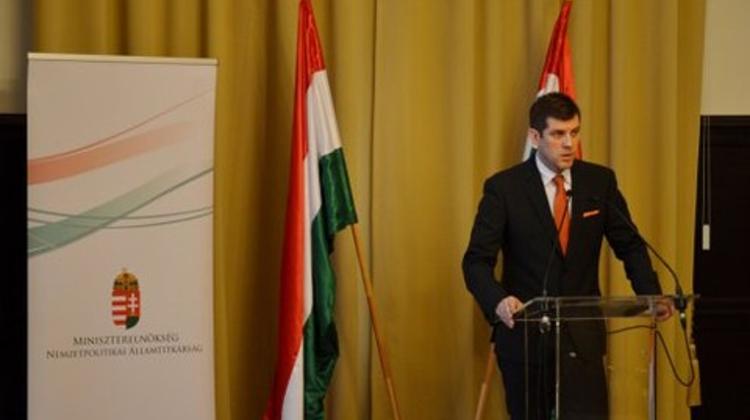 The government considers it important to foster close ties with Hungarian diaspora organisations, deputy state secretary of the Prime Minister’s Office Péter Szilágyi told MTI by phone on Sunday after starting a visit to Latin America. “We strive to strengthen relations with local Hungarian organisations both in Europe and on more remote continents.

We believe these relations still hold great potential and the Hungarian diaspora can also offer extra strength to Hungary,” he said. Szilágyi on Friday participated in the third general assembly of the Federation of Hungarian Associations in Latin America (LAMOSZSZ) in Montevideo, attended by delegates from Chile, Argentina, Venezuela, Brazil and Uruguay. Hungarians arrived in Latin America in large numbers after World War I although their emigration stopped after the 1956 uprising.

Hungarians mostly settled in Argentina and Brazil. Szilágyi is to hold a lecture at the Hungaria Klub in Buenos Aires on Tuesday, meeting representatives of local Hungarian organisations.

On Thursday, he will brief representatives of local Hungarians in Santiago de Chile on current issues of policy for Hungarian communities abroad. Szilágyi noted that as part of a government programme about 150 young Hungarian experts have been given the chance to travel to diaspora communities for educational programmes.

Other programmes aim to collect and digitalise the archives and heritage and document the architectural heritage and monuments of the Hungarian diaspora. He said a programme will also be launched in the summer offering the chance to young Hungarians living in the diaspora to participate in summer camps in Hungary.