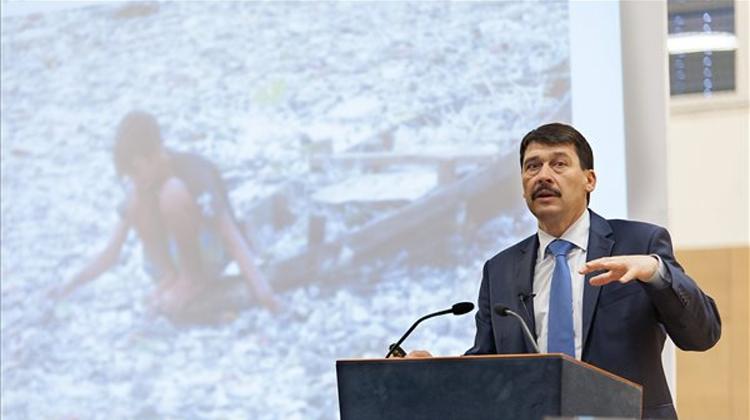 President János Áder sent back a recent law aimed at establishing subsidised home building societies to parliament for a review, the president’s office reported. Lawmakers passed the governmentinitiated legislation a week ago. Under the law, members of home building societies would make regular contributions to the organisation, and also receive a 30% match from the central budget up to 25,000 forints a month.

After saving enough to make a 20% down payment, members would be selected through a bidding process, or based on the size of their contributions, or a lottery, if contributions match, to get an interestfree home loan.

Áder said he supported the concept of expanding opportunities for families to build homes with state subsidy, but added that such schemes should be monitored by a transparent body.

Provisions in the recent law fail to clearly establish the legal status, structural rules and operation of the home building societies, he said. Bence Tuzson, the state secretary of government communication, said the government would respect Áder’s decision. Simultaneously, he asked parliament to revisit the bill next week and approve the law without delay.

Tuzson added that most of Áder’s concerns could be remedied by way of a government decrees. He reiterated the government’s goal to enable every Hungarian family to get a home as soon as possible, adding that home building societies would be an instrument for that.

In addition to the family home allowance CSOK and VAT allowances, there should be an opportunity outside the banking sector to accumulate savings coupled with a significant state subsidy of up to 3 million forints in 10 years, Tuzson said, adding that the three different allowances could be combined.

Parliament’s legislative committee will review the law possibly as early as next week, Gergely Gulyás, the head of the committee, said.

The opposition Socialists said that they agreed with the president’s concerns. The party wants to ensure that the legislation “is not tailored to suit the interests of a particular group of business players,” lawmaker Gergely Bárándy said.