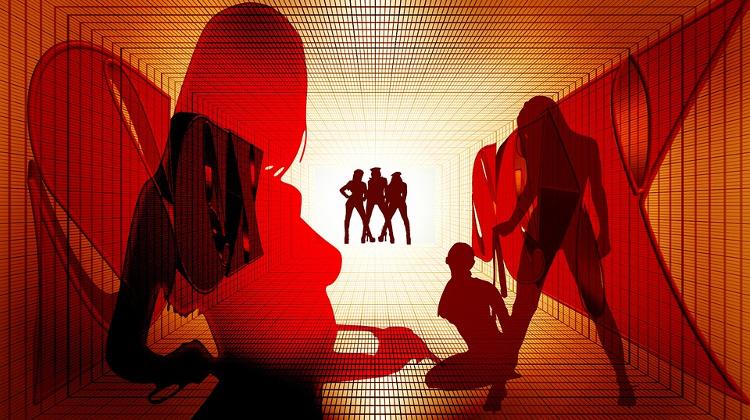 A Hungarian and French police investigation has led to the arrest of twelve men suspected of trafficking Hungarian women to France to work as prostitutes. In raids carried out simultaneously by Hungarian police in Csongrád county, in southern Hungary, and French law enforcement on Monday morning, cash and assets worth several hundreds of millions of forints were seized, Viktória Csiszér- Kovács, national police spokeswoman, told a press conference.

The raid in Hungary involved more than 200 police officers conducting house searches at over 20 sites in Csongrád county. Altogether 14 luxury cars were also seized, she added. French authorities allege that the ring set up by a family in Szeged in Csongrád county sent at least 40 young Hungarian women to work as prostitutes in Bordeaux, Nice and Strasbourg.

Most of the income was spent on purchasing property and other assets in Hungary, Ferenc Szánka, the spokesman for the local prosecution office in Csongrád county, said. The French authorities have asked for the suspects’ extradition. Under French law they face a sentence of 10 to 20 years in prison.